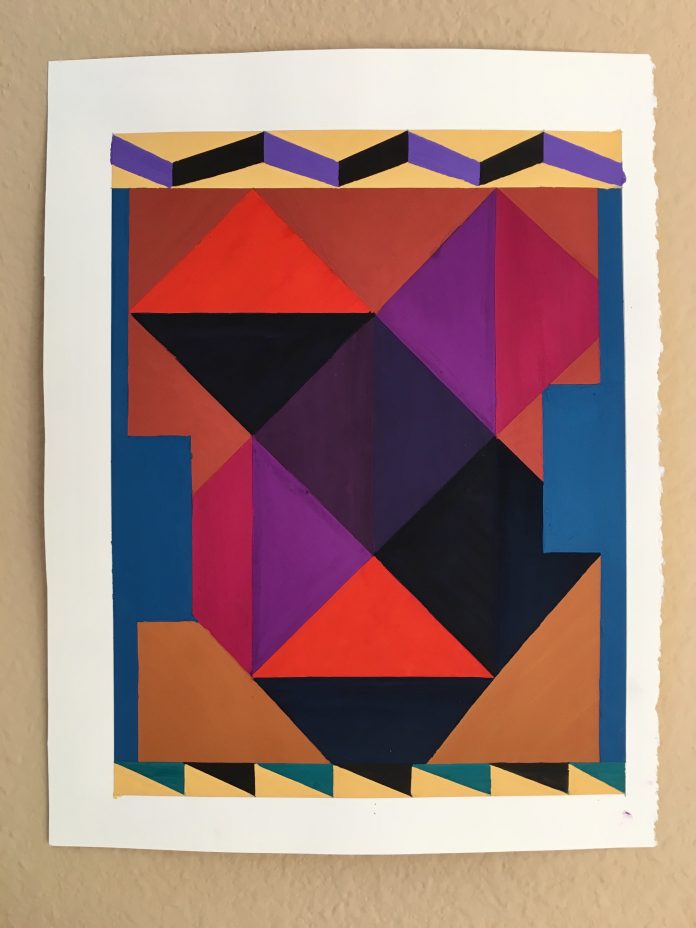 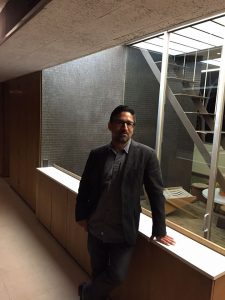 Leonardo Bravo is an artist, educator, and curator. He is the Director of Education and Public Programs with the Palm Springs Art Museum where he oversees partnership development and program implementation with school districts in the Coachella Valley and the development of new participatory audience engagement projects. He is also the founder of Big City Forum, an interdisciplinary, social practice and curatorial research project that brings attention to emergent practices across design, architecture, and the arts. It provides an ongoing exploration of the intersections between these creative disciplines and new ways of knowledge making within the context of public space and social change. Leonardo Bravo received his MFA from the University of Southern California and his BFA from Otis College of Art & Design

Leonardo Bravo’s paintings draw upon the language of modernist geometric abstraction depicting complex structures with vibrant colors that touch upon a sacred geometry suggestive of cosmic energies and states of transmutation. These works take their cues from a variety of sources including Bauhaus master weavers Gunta Stolzl and Ani Albers, the wall drawings of Sol LeWitt, the works of Brazilian artist Helio Oiticica, and traditional South American woven tapestries. Inherent in these structures is the visual tension suggested by the relationship of each color form to the other, and the way in which negative space becomes a counterpoint to each fixed form. The complexity of these structures suggest an architecture of time and space in which forms build, layer, and rub up against each other, emanating new relationships and offering pathways to limitless possibilities, questions, and complexities.

Born in Santiago, Chile, Leonardo Bravo earned his BFA from OTIS Institute of Art & Design and MFA from the University of Southern California.