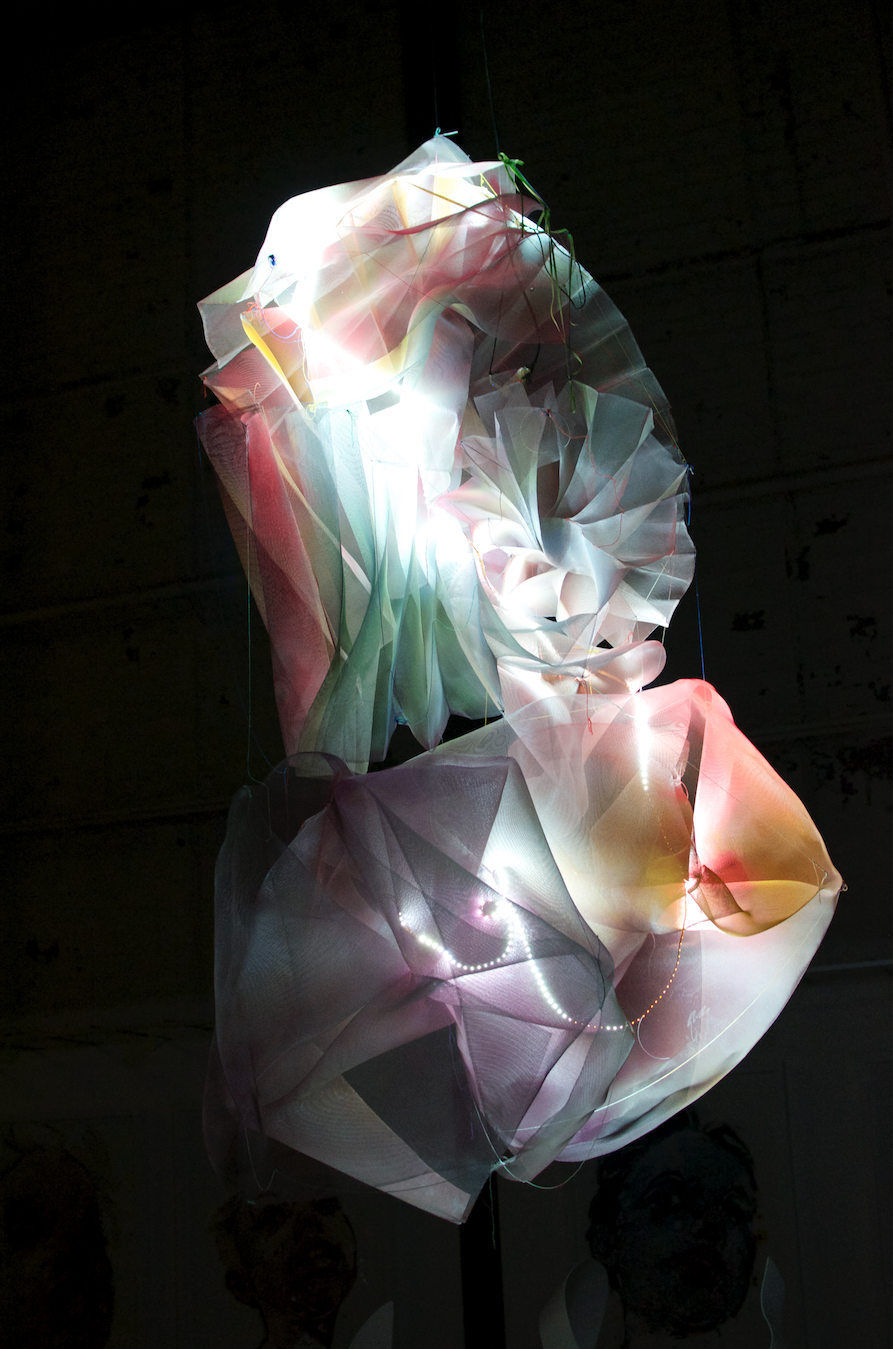 Julie Tremblay is from Quebec, Canada, and is based in Newburgh, NY. She has a Master’s of Fine Arts degree from Pratt Institute in Brooklyn, which she obtained in 1997 with a mention of excellence. She has since exhibited in group and solo exhibitions in galleries and museums throughout the US, Canada, Mexico, Europe and the Middle East, and most recently at the Sharjah Art Museum in the United Arab Emirates. In 2012, CBS.com named her as one of “5 best up and coming NYC artists.” Other recent press include feature articles in Surface Magazine China, Creative Quarterly, and Nu-Modé Magazine, just to name a few. In 2013, she was awarded a residency with the prestigious Parisian gallery ”Galerie RX”, where she spent the summer in their gigantic space in Ivry-sur-Seine, former scientific laboratory of Frédéric Joliot-Curie, making a large site-specific installation. She recently had a solo exhibition at the Invisible Dog Art Center in Brooklyn, and also completed two major commissions in Canada last year; one for the lobby of a new movie theater in Markham, Ontario, Canada and the other for La Maison Simons, in Gatineau, Quebec.

Julie often uses industrial and/or re-purposed materials to make visually impactful sculptures, installations and performances that bridge nature, industry and technology, and explore the nature of representation as well as our place in the world/universe.

The book mentioned in the interview is Realist Magic: Objects, Ontology, Causality by Timothy Morton.