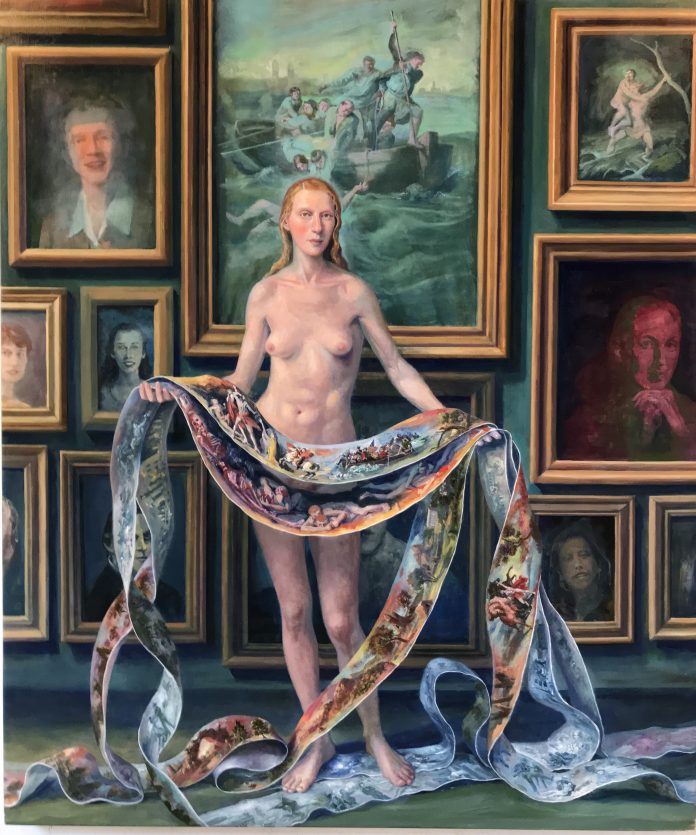 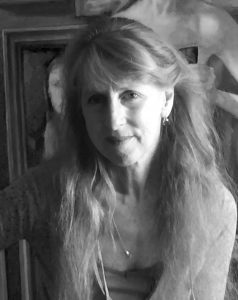 Julie Heffernan has been exhibiting her paintings nationally and internationally since 1988 and represented by PPOW Gallery (New York) and Catharine Clark Gallery (San Francisco). She has had numerous solo exhibitions throughout the United States and Europe, including at the Crocker Art Museum, Palmer Art Museum and Michael Haas Gallery in Berlin; and a museum show entitled “The Water Rises” originating at the LSU Museum of Art in Baton Rouge and traveling to museums in Pennsylvania, Florida and Texas. She participated in numerous group shows at major galleries and museums including the Museum für Moderne Kunst, in Bremen, Germany; Me Museum, Olbricht Collection in Berlin; the Palazzo Reale in Milan, Italy; and in Environmental Impact exhibition traveling to 12 museums throughout the United States

Heffernan’s has published reviews and articles in a number of books and magazines, including The Figure – Drawing, Painting, And Sculpture – Contemporary Perspectives (Rizzoli), Art Pulse; and edits essays by painters all over the country in her blog Painters on Paintings. Since 2011 her work was featured on the covers of numerous poetry books or journals including Tin House and Columbia Poetry Review.

Heffernan is a board member of the National Academy Museum in New York. She is a 2017 Fellow of the BAU Institute at the Camargo Foundation in Cassis, France; was awarded the Meridian Scholar (Studio-F) Artist-In-Residence Fellowship from the University of Tampa in Florida and the featured artist for the 2017 MacDowell Colony. Heffernan was awarded a Milton And Sally Avery Fellowship at MacDowell in 2013, and invited to be the Lee Ellen Fleming Artist-In-Residence at the University of Virginia in Charlottesville in 2012, the Commencement Speaker for the Pennsylvania Academy of Fine Arts in 2010 and was the featured artist at BAM (Brooklyn Academy of Music) in 2009. She is the recipient of such prestigious grants as the NEA, NYFA and Fullbright, as well as a PS1 Artist-in-Residence, and her work has been reviewed by all the major newspapers and magazines including The New York Times and The New Yorker. Her work is in numerous museums throughout the country included the Brooklyn Museum of Art in New York and the Virginia Museum of Fine Art in Richmond, VA. She is a Professor of Fine Arts at Montclair State University in New Jersey.