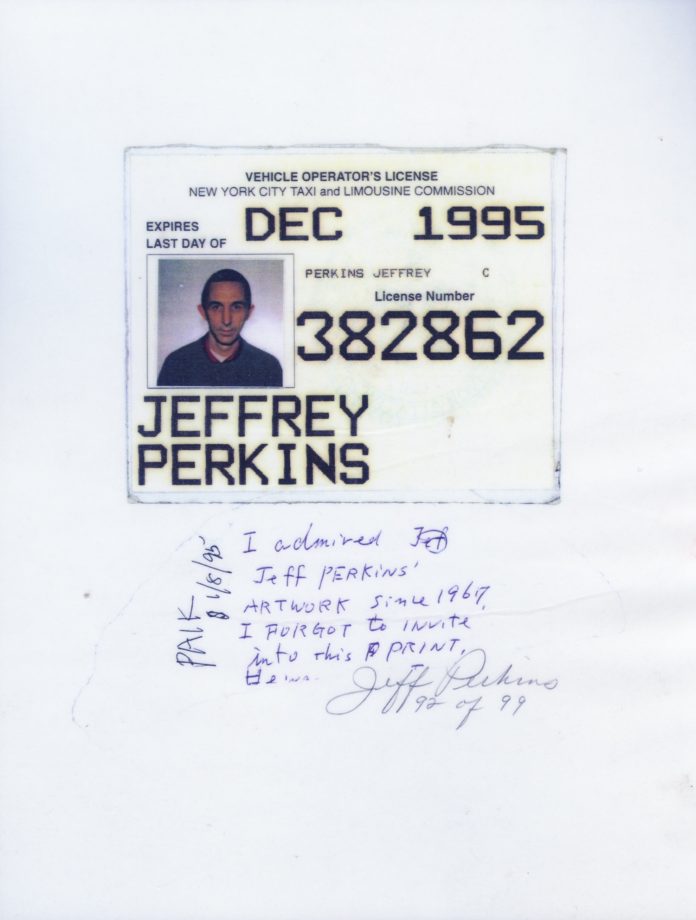 Nicknamed “the Fluxus cabdriver” by Nam June Paik, Jeffrey Perkins is an artist and filmmaker who has worked in relative obscurity for over four decades, having collaborated in the 1960s with Fluxus artists including George Maciunas, Yoko Ono, and Alison Knowles. Until recently he was best known for his light projection performances and his “Movies for the Blind” (based on sound recordings of interviews with passengers in his cab). 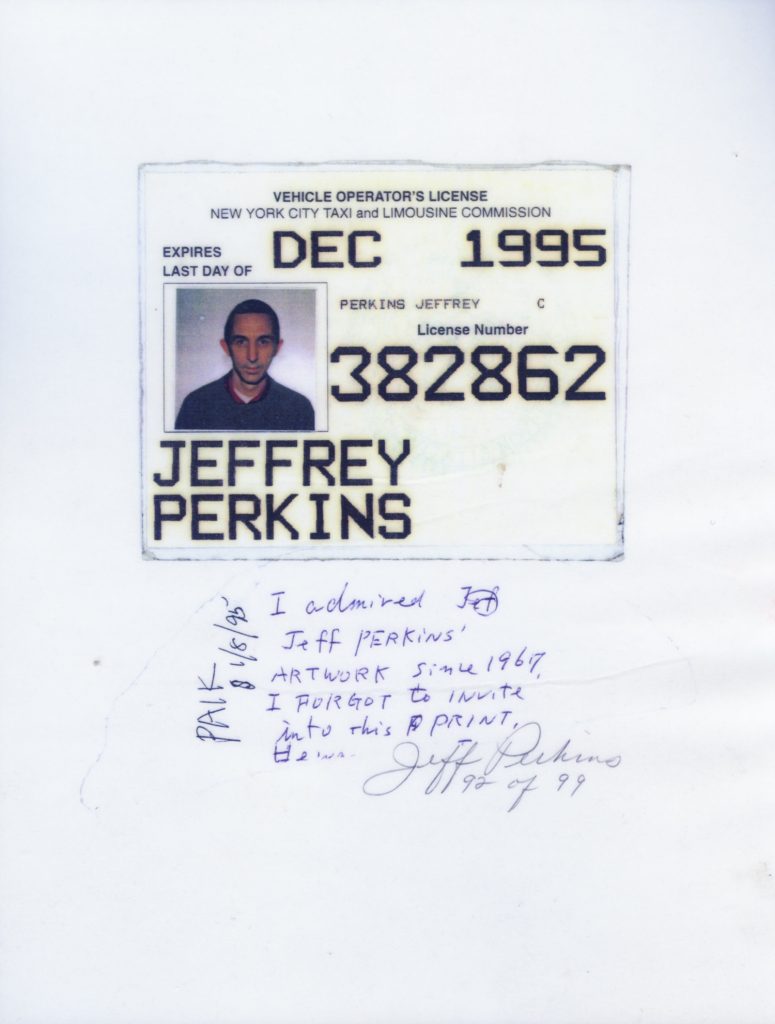