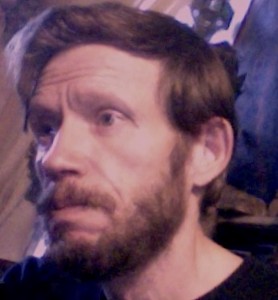 G. Roger Denson (b. 1956, Buffalo, New York), is perhaps best known for his art and cultural criticism and commentary on HUFFINGTON POST, ART IN AMERICA, PARKETT, and Artscribe. His professional life as a curator began when in 1974, at the age of 18 and fresh out of High School, he as a freshman met artists Robert Longo, Cindy Sherman, Charles Clough and several other artists who that year started HALLWALLS, the influential artist-run alternative space. As Hallwalls became part of loose-knit network of East Coast alternative spaces, the curators referred artists between Hallwalls, Artist Space and the Kitchen in NYC, A-Space in Toronto, and N.A.M.E. Gallery  in Chicago.

Denson studied art, philosophy and world literature, while he acted as a curator at the college, co-sponsoring events with HALLWALLS, the Albright-Knox Art Gallery, Media Studies Buffalo and The Center for Exploratory Art, which included such artists as Vito Acconci, Chris Burden, and the screening of Kathryn Bigelow’s first film. During this same period he was a founding member of the College’s Academy of Future Studies, a student and faculty think tank that sponsored talks with scientists, philosophers, artists and their respective critics.

In 1978 he became program director and later Exhibition Director at HALLWALLS until 1983, when he moved to New York . During this time Denson also worked with artists in their performance art, films and conceptual projects, including Alan Kaprow at Art Park in Lewiston, NY and the performance art of Joan Jonas, Robert Longo, and Laurie Anderson. From 1976 to 1978 Denson curated dance performances and workshops by Trisha Brown, Steve Paxton and Dancers, Simone Forti and Peter Van Riper, David Gordon and Valda Setterfield, and Douglas Dunn and Dancers. Since Yvonne Rainer had retired from dance to make films, he invited her to Buffalo to screen and discuss her third film just released, Kristina Talking Pictures. During this time Denson curated exhibitions that included photographers Robert Maplethorpe, Suzanne Lacy, Lew Thomas, and Joanne Callis, painters Leon Golub, Francesco Clemente, Sandro Chia, Lois Lane, and media artists Tony Oursler, Dara Birnbaum, Nam June Paik, Shigeko Kubata, Gary Hill, and others.

Denson was also an artist, starting out as a painter, then experimenting with conceptual art, video, his own performance art and pedestrian-movement dance, sculptural installations and drawing installations. His work in 16 mm film was limited but afforded him the opportunity to studying with the founders of the Structuralist Film movement, Hollis Frampton and Paul Sharits, at SUNY Buffalo. SUNY Buffalo also allowed him to attend classes with video art pioneers Woody and Steina Vasulka, founders of The Kitchen, in NYC.

Despite receiving a National Endowment Grant for painting in 1983 and then moving to New York in 1984, Denson found that writing his varied interests best. While curating at a commercial NYC gallery in 2006-07, he was encouraged by Barry Schwabsky, then the editor of ARTS MAGAZINE, Claudia Hart, the reviews editor for ARTFORUM, and John Miller the reviews editor of ARTSCRIBE to submit writings on art to the art trade journals. From 1987 to 1999, Denson wrote art criticism on a freelance basis, with his reviews and feature articles appearing in ART IN AMERICA, PARKETT, ARTSCRIBE INTERNATIONAL, BUJITSO TECHO, KUNSTLERHAUS BETHANIEN, Duke University’s CULTURAL POLITICS, FLASH ART, M/E/A/N/I/N/G, JOURNAL OF CONTEMPORARY ART, ACME JOURNAL, CONTEMPORANEA, TEMA CELESTE, ART EXPERIENCE NEW YORK and others.

Although he favors writing journalism over books, Denson’s books on criticism and art catalogues include, CAPACITY: HISTORY, THE WORLD AND THE SELF IN CONTEMPORARY ART AND CRITICISM, on the criticism of Thomas McEvilley (Routledge, 1996); DENNIS OPPENHEIM (B. Pinto de Almeida, Fundacao De Serralves Portugal, 1997); HUNTER REYNOLDS: MEMENTO MORI, MEMORITER (Trinitatiskirche, Cologne, Germany, 1994); and POETIC INJURY: THE SURREALIST LEGACY IN POSTMODERN PHOTOGRAPHY (The Alternative Museum, New York, 1987, with a preface by Rosalind Krauss and essays by Denson and Suzaan Boettger). He is currently co-writing THE LIGHT IN THE CAVE on the painting of the late Indian visionary painter, Vasudeo S. Gaitone, with a biography by the ARTFORUM critic, Meera Menenzees and published by Jesal Thacker and Bodhana Foundation for the Arts in Mumbai, India.

In 2005 Denson was a founding member of the Criticism and Writing MFA Program organized by Thomas McEvilley at The School of Visual Arts in New York in 2005. For the five years that he was with the program, he designed and taught two graduate courses, SEX, GENDER AND THE BODY IN GLOBAL ART HISTORY, and 20TH CENTURY CRITICAL THEORY: FROM MODERNISM TO POSTMODERNISM AND AFTER.

In 2000, Denson took a 10-year hiatus from art writing to write fiction, first as a screenwriter, then as a novelist. His screenplays: ANTHONY IN THE DESERT(drama) 2000; APPALACHIAN ANGELS (drama) 2001, and THE PATIENT (metaphysical/suspense) 2003. ANTHONY IN THE DESERT was cited by Miramax Pictures’ Project Greenlight as one of the top scripts by an emerging American screenwriter in 2000; Francis Ford Coppola’s American Zoetrope in 2001; and Paramount Pictures’ Chesterfield Writer’s Film Project, in 2002. It was voted the #1 screenplay by The Screenwriter’s Community in 2001. THE PATIENT was also voted a top script by Kevin Spacey’s Trigger Street community in 2003. For several years Denson edited screenplays, some made into films.

In 2002-03 Denson worked with artists Dan Graham and Tony Oursler as a co-writer and editor of their marionette performance script for DON’T TRUST ANYONE OVER THIRTY, performed at Art Basel Miami Beach; Thyssen-Bornemisza Art Contemporary, Vienna; and The Walker Art Center, Minneapolis, 2004-05. A psychedelic film version of the performance made by Tony Oursler was installed at the Whitney Biennial 2006, The Whitney Museum of Art, in time to commemorate the 40th-anniversary of the 1967 SUMMER OF LOVE.

In 2010, Denson published his first novel, VOICE OF FORCE. In 2012, he published his second novel, ANTHONY IN THE DESERT, an adaptation of his screenplay from 2000.

Raed about the forthcoming book by clicking here. Read the most recent Huffington Post article here. 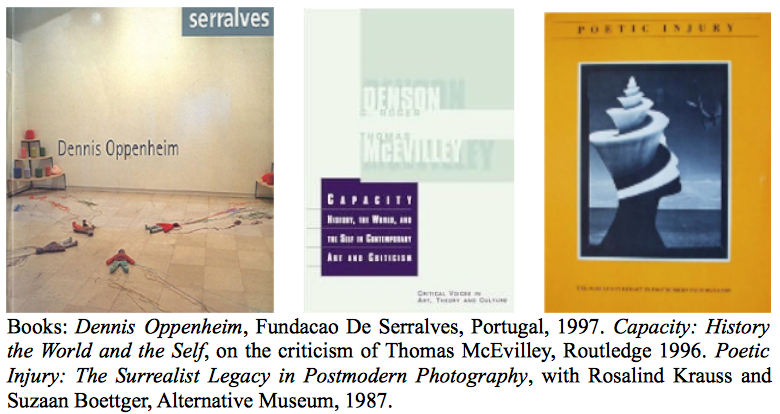