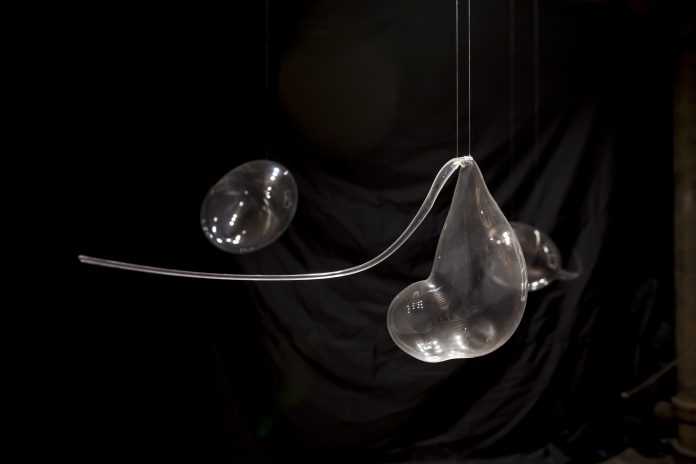 Emily Harris is a Brooklyn-based artist and MFA graduate from the Maryland Institute College of Art (2013). She has exhibited her work in the US and internationally at 2B Gallery in Budapest, Hungary; Galeria Z in Bratislava, Slovakia, The Museum of Arts & Crafts Itami, Itami-shi, Japan and Galeria Ajolote Arte Contemporaneo, Guadalajara, Mexico.

Harris participated in Roaming Urban Soundscapes (Cooper Union, NYC). A sound collaboration with Paul Sadowski, they paired up for one year to gather field recordings and mix an interpretation of Cage’s 49 Waltzes for 5 Boroughs with the fruiting bodies of mushrooms as their randomizing conceit. The project was aired as part of the NYMS Anniversary and John Cage Centennial at The Great Hall, Cooper Union in New York City, September, 2012.

Harris received the Frank Hyder Award in Studio Art, 2014 and was awarded a residency at the Woodstock Byrdcliffe Guild, Summer, 2017.

Luce Irigaray, When Our Lips Speak Together, and Elemental Passions, and Doreen Massey, for space. James Baldwin, Another Country, and If Beale Street Could Talk.