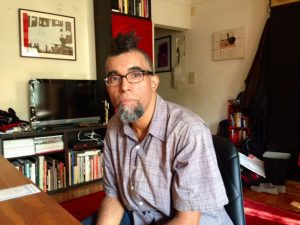 Dread Scott makes revolutionary art to propel history forward.  He first received national attention in 1989 when his art became the center of controversy over its use of the American flag while he was a student at the School of the Art Institute of Chicago. President G.H.W. Bush called his art “disgraceful” and the entire US Senate denounced this work and outlawed it when they passed legislation to “protect the flag.”

His work has been included in recent exhibitions at MoMA PS1, the Walker art Center, the Brooklyn Museum and the Pori Art Museum in Finland as well as on view in America is Hard to See, the Whitney Museum’s inaugural exhibition in their new building. In 2012, BAM, the Brooklyn Academy of Music, presented his performance Dread Scott: Decision as part of their 30th Anniversary Next Wave Festival. Jack Shainman and Winkleman Gallery in New York have exhibited recent work and his public sculptures have been installed at Logan Square in Philadelphia and Franconia Sculpture Park in Minnesota. His work is in the collection of the Whitney Museum, the Brooklyn Museum,  and the Akron Art Museum.

He is a recipient of a grants from the Creative Capital Foundation, the MAP Fund, the Pollock Krasner Foundation and has been awarded a Socially Engaged Artists Fellowship from A Blade of Grass Foundation.

He has been written about in The New York Times, Art In America, Sculpture Magazine, ArtNews, ArtForum, Art21 Magazine, Time, The London Guardian and several other newspapers, magazines and books. He has appeared on numerous local and national TV and radio shows including Oprah, The Today Show, and CBS This Morning speaking about his work and the controversy surrounding it.

His work has been integrated into academic curricula and What is the Proper Way to Display a US Flag? is discussed in many art history classes and is featured in Henry Sayer’s “foundations” text A World of Art.

He works in a range of media including performance, photography, installation, screen-printing and video.  His works can be hard-edged and poignant.  Dread plays with fire—metaphorically and sometimes literally—as when he burned $171 on Wall Street and encouraged those with money to burn to add theirs to the pyre.

The link to the website about the project is slave-revolt.com You can donate by clicking the donate link at the menu item on the top of the site. 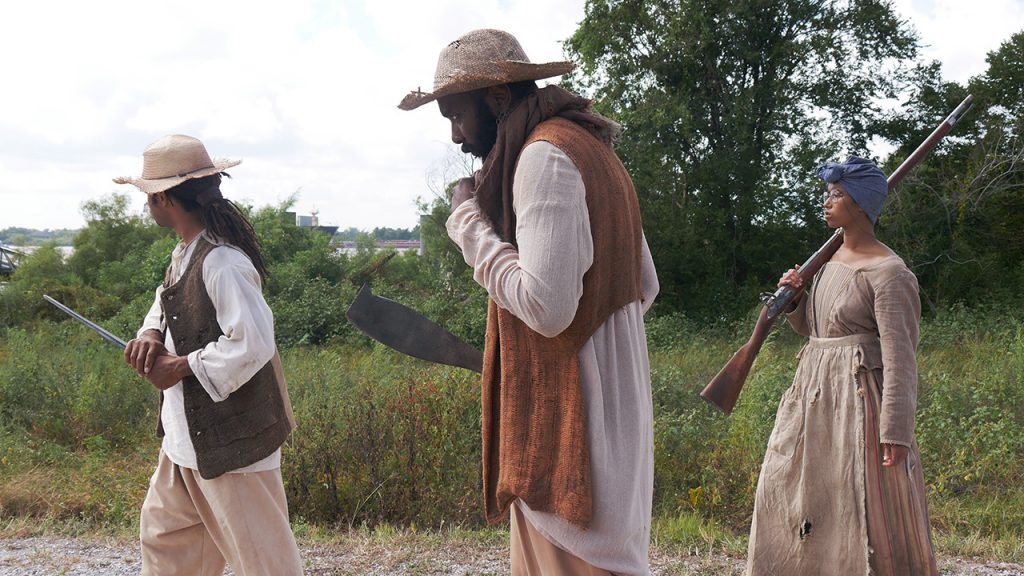