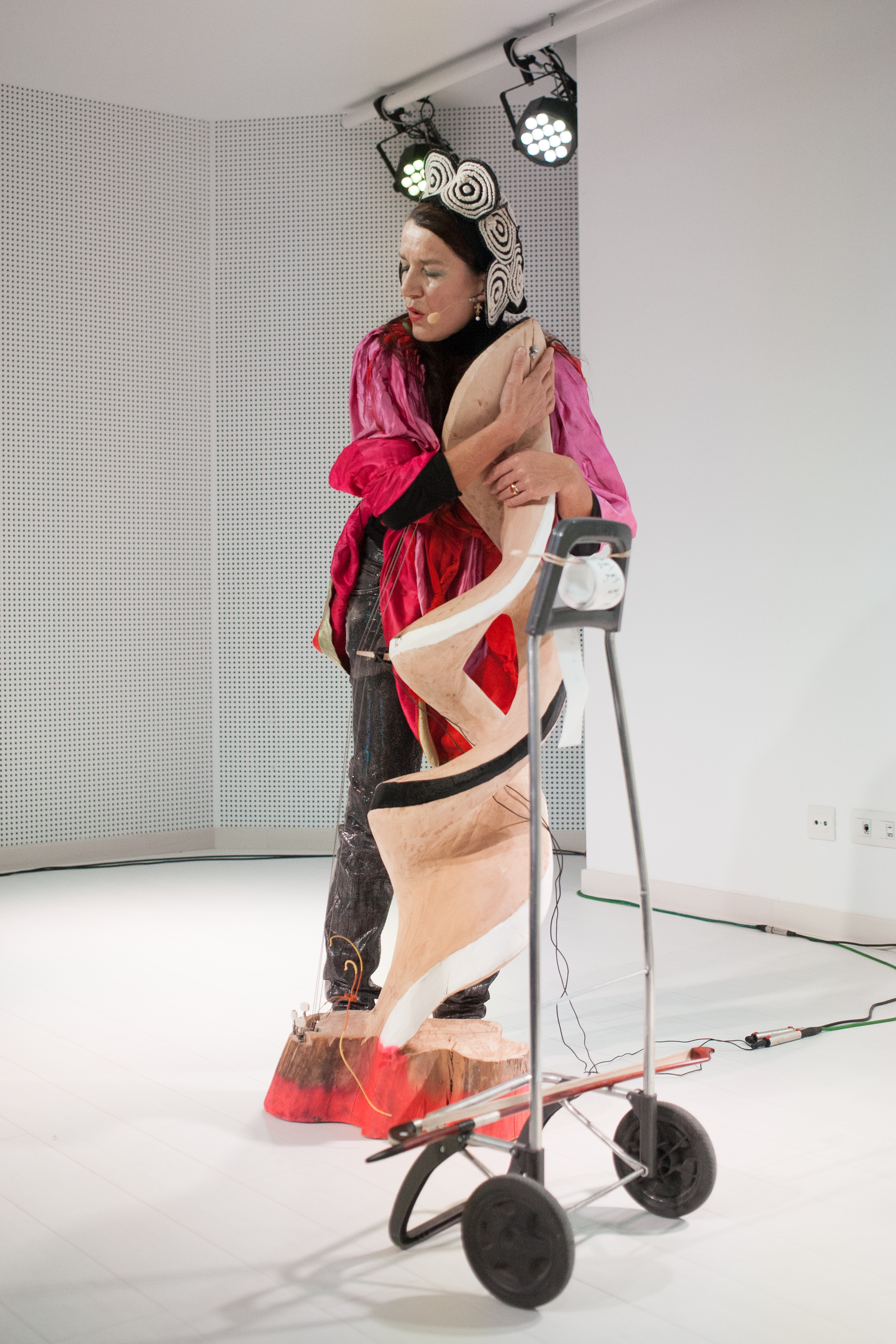 Elisabeth von Samsonow is a Vienna based artist and philosopher. She has run the miniature circus “Hieronimus” after her studies, and started teaching philosophy at the Ludwig-Maximilian-University in Munich.

She was a guest student to the studios of Eduardo Paolozzi and Daniel Spoerri who had held chairs at the Munich art academy that time. When she moved to Vienna in 1991 she continued giving courses in philosophy at the University of Vienna and developed her artistic practice in different fields, mainly sculpture. She holds the chair of Philosophy and Anthropology of Art at the Academy of Fine Arts Vienna since 1996.

Her book “Anti Electra. Totemism and Schizogamy” has been translated into french (Metis Presses Geneva 2015) and is actually translated into english (Univocal Press Minnesota 2016).

She is producing a monthly philosophical TV Show “Studio Elektra” for OKTO TV. Her upcoming solo Show is entitled TRANSPLANTS.