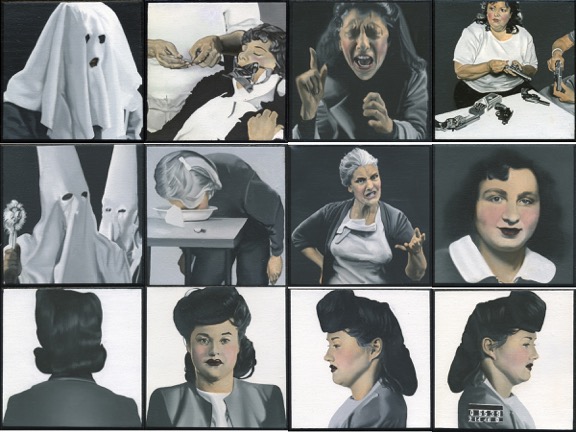 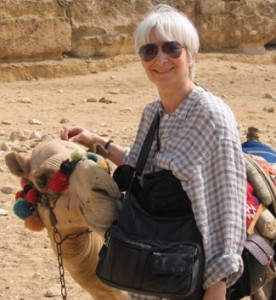 Dotty Attie (born 1938, Pennsauken, New Jersey) is an American painter and printmaker. She has been exhibiting in museums and galleries worldwide since the 1970s. Attie’s work in the 1960s received some attention, but gained far more recognition after her involvement in A.I.R. Gallery. In 1971, she was one of the co-founders of A.I.R., a non-profit cooperative gallery and one of the first to exclusively feature the work of women artists. As an early artist-member, Attie helped the group to choose a gallery space and recruit members. Attie had her first solo show at the gallery in 1972.  Later, she was an integral part of the gallery’s establishment of an international presence, and helped to secure shows in Paris, Israel, and Japan.

While still a member of A.I.R., Attie began to solidify her personal style, which remained fairly consistent throughout her career; she typically deconstructed existing images — such as Old Master paintings and early 20th Century black-and-white photographs — and her works often included text to create a narrative. Therefore, some of her works contain small pictures that were copied from other, sometimes famous, works by Caravaggio, Gustave Courbet, Thomas Eakins, and Ingres. Some of these pictures have been taken from the backgrounds of earlier works, bringing new perspectives to features which may have been formerly overshadowed. This produces a quality of differing scale, paired with short segments of text, which creates a cinematic quality throughout.  The text and pictures are related, but do not contribute to a clear narrative, allowing the viewer to fill in the blanks left by the artist.  Furthermore, her multi-panel paintings explore the depictions of the body in the history of art and critique the gender bias in the art world.  Because Attie, at times, has meticulously repainted well-known works but presented them in fragments or with other modifications, her work has addressed the concepts of originality and reproduction.

Attie’s work is often characterized by her identification with feminism. She has explained, that feminism “means no barriers between what a woman chooses to do, and what is acceptable by societal and familial standards.” These ideals are present in her work, which often contains manipulated images of women that accentuate their vulnerability, often featuring acts of a sexual nature.

Her most recent exhibitions have been at the P.P.O.W. Gallery in New York City. What Would Mother Say (2009) featured children engaging in actions which, while innocent, may be construed by adults as potentially virtuous or shameful, depending on the gender of the child; each work is accompanied by two panels of text. More recently, The Lone Ranger (2013) served as a follow up to What Would Mother Say and included a photo of a boy kissing a horse. According to Attie, that little boy grew up to be the Lone Ranger.  Attie expresses that “All of my (her) work is about our hidden selves, the part of us we don’t want to share with others”, and this was her inspiration for “The Lone Ranger”. The overarching idea of the show is that “If a little boy does something, his mother is sure he will grow up to be a hero. But the little girls, doing the same thing, will be thought by their mothers to grow up to become whores.”  In 2013 she was working on a series of painting called the “Worst Case Scenarios” which is discussed in this interview.

Attie’s paintings are in the collections of The Museum of Modern Art, Whitney Museum of American Art, the Brooklyn Museum, and many others. In addition to numerous honors in the art world, such as her induction into the National Academy in 2013, Attie has the unusual distinction of having a punk rock band named after her; the female-led indie quartet Dottie Attie, based in Portland, Oregon, formed in 2013.

See more of her work on the website of her gallery, PPOW.