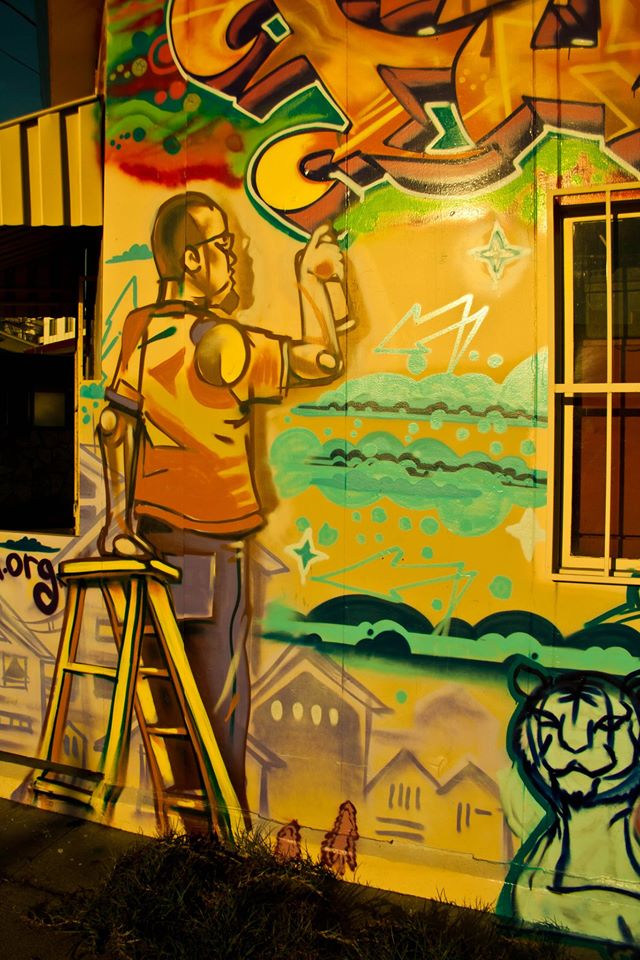 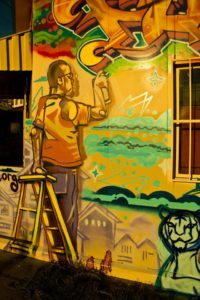 Desi Mundo is an Oakland-based spray paint educator, hip-hop cultural diplomat and the founder of the Community Rejuvenation Project, a pavement to policy mural organization that has produced more than 250 murals, throughout the Bay Area as well as nationally and internationally.

His largest mural, the “Universal Language” galvanized the Oakland community in the struggle against gentrification resulting in $20 million in community benefits, as documented in the feature documentary film “Alice Street.” Desi’s legacy as an educator and youth worker in K-12 schools spans two decades. He received the “Rising Leaders” Fellowship from the Youth Leadership Institute in 2005 and has been awarded the Individual Artist grant from the City of Oakland eight times.