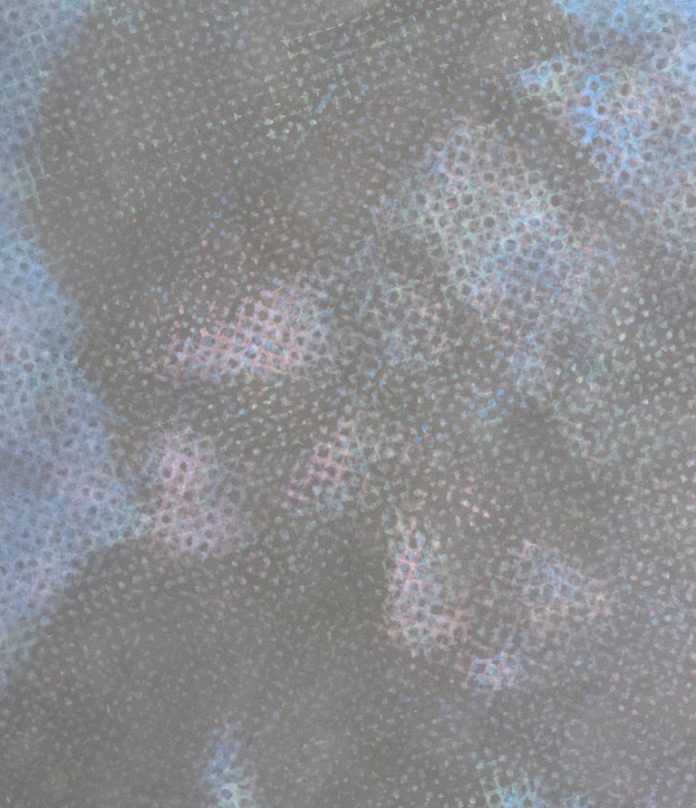 Davide Cantoni’s artistic practice has over the years has focused on the way our society presents images and how they are consumed, Cantoni’s particular interest is in relation to news imagery published in the New York Times (Cantoni has lived and worked in NYC for the last 20 years).

Using photography as a basis for both the burned drawings and interference paintings, the artist creates works that while mimicking photography in their form are also firmly rooted in the traditions of fine art. Drawings are made by sensitizing paper with pencil, and then exposing it to sun light through a lens, and the paintings reveal themselves as both positive and negative images depending on where they are viewed from as a byproduct of the reflective qualities of the paints used.

Cantoni has also worked in video and sculpture and has made a large drawing installation “111 Years” which comprises a total of 111 burned drawings mapping every war taking place on the planet year by year from 1900 to 2010.

In his most recent works Cantoni is recreating parts of printed news images as paintings using what is normally considered the digital color system RGB (Red, Green, Blue) making a foray into the inevitable shift of information form the analogue world into the digital.

Born in Italy, Cantoni completed his BA Fine Art at the Slade school in London where he was awarded a Boise travel scholarship in 1988 for an exchange year at the Hochschule Der Kunst in Berlin. Attended the Royal College of Art and received an MA (RCA) in Painting in 1993. His work has been shown extensively in Europe and the USA as well as South Korea, and is included in many public and private collections, MOMA and OSRAM collections amongst others.