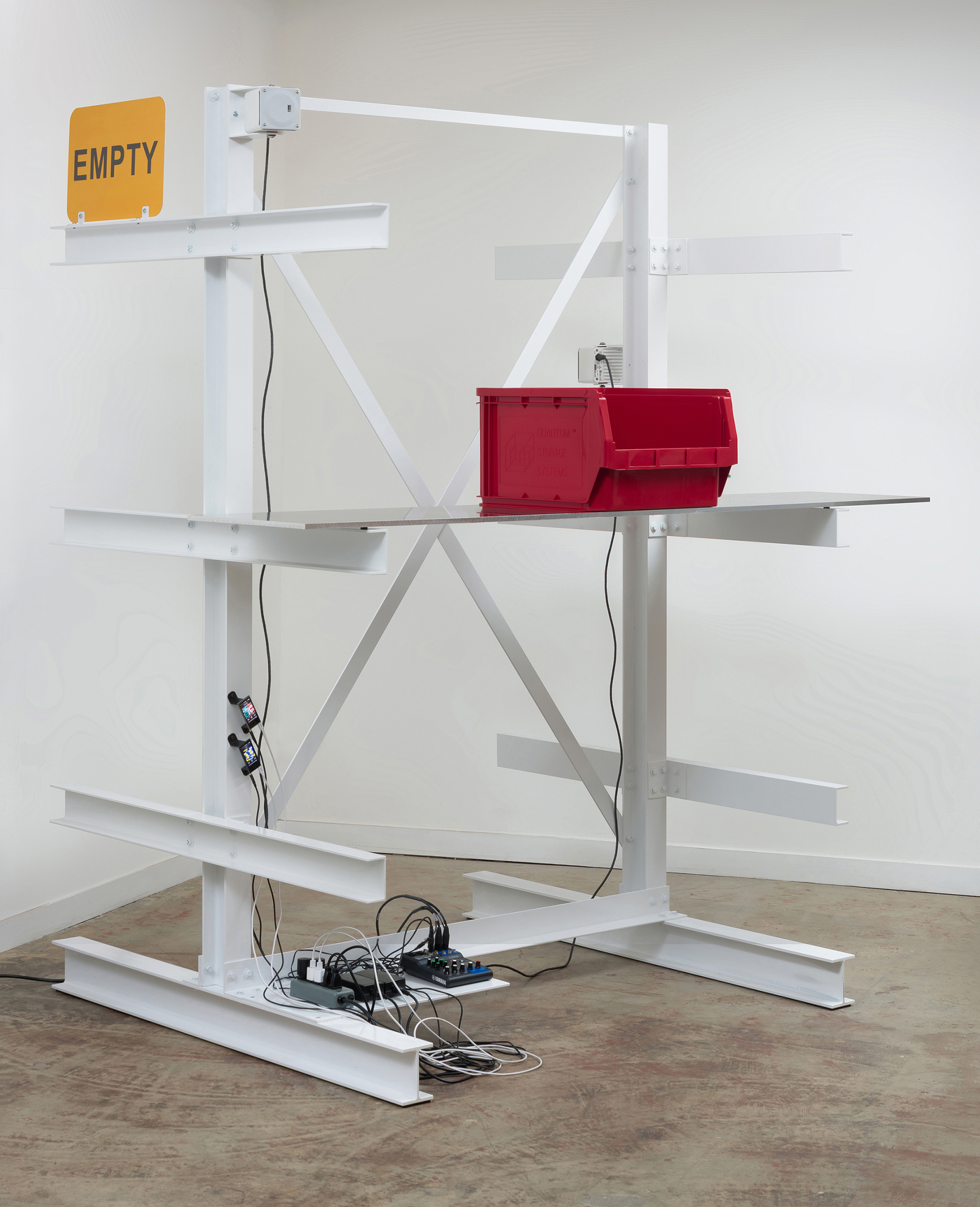 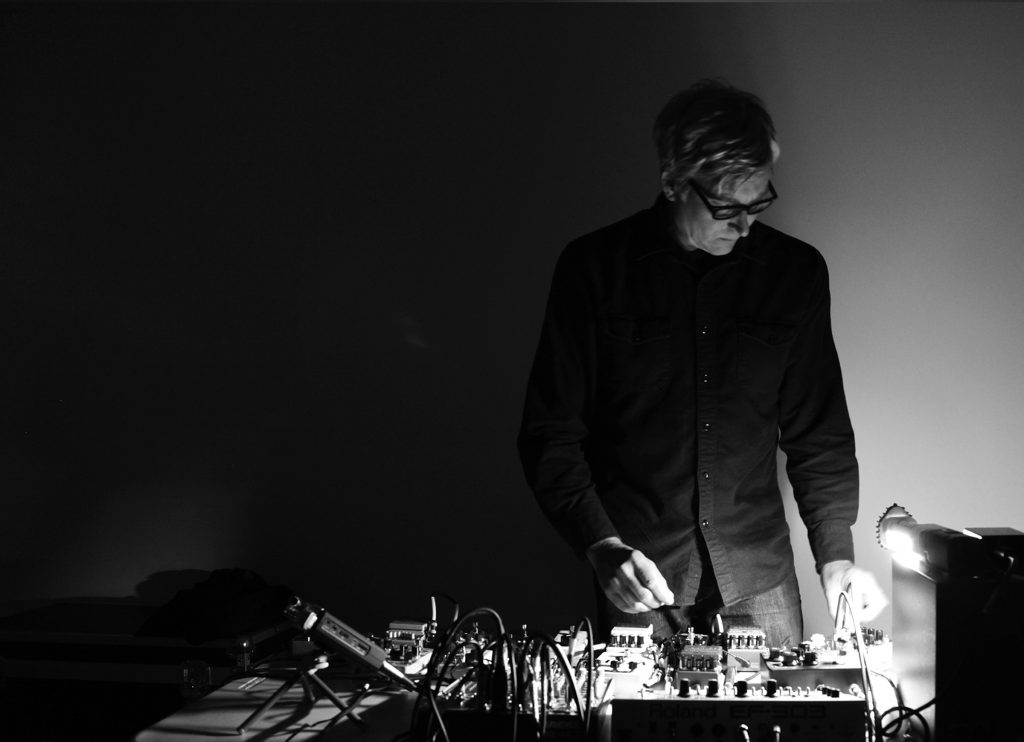 David Schafer’s work embraces the physicality of sculpture and the ephemerality of sound. His work is concerned with the intelligibility and structures of language and of built space. His practice distills information and redirects it, while presenting new relationships that are critical or sometimes humorous. Resembling scaffolding, shelves, or make shift supports, they weave multi-layered semiotic associations, conflating space with multiple references. His work engages the viewer spatially and cognitively by using sound to interact with the visual and sculptural elements. Schafer’s work expresses the fallacy of certain aspects of modernism in terms of the belief structures of language and built space. His work explores the limits of language and the boundaries of meaning, and often the starting point for the work is a found text or form. His use of sound may involve spoken word, appropriated recordings, a voice actor, or fabricated new sounds, and may involve dialogue from a film, song lyrics, or a philosophic text.

Schafer’s “Two One of a Kind” 2016, was initiated by a cassette tape recording of the author Umberto Eco lecturing at Stanford University in 1987 on “Fakes and Originals”. For this project the cassette tape was digitized and is emitted as an mp3, as part of the work. On side A of the tape, a sample of drumming was added and looped for the duration and on side B a guitar sample was added and looped. As an mp3, the recording is heard continuously as there are no sides. The shift from drums to guitar, signify the change in sides of the cassette, but the lecture continues uninterrupted. The accompanying poster uses an image of Sean Connery, but has Umberto Eco’s name on it. The poster design is from an ad for Jim Beam bourbon from the mid 1970’s featuring the actor Sean Connery endorsing the product and reads, “You can’t improve on the original”.

Recently Schafer has had one-person shows at Diane Rosenstein Gallery in Los Angeles and Studio10 gallery in Bushwick, NY. Schafer has executed temporary and permanent public works including a One Percent for the Arts commission for the Huntington Hospital in Pasadena, CA. This work titled “Separated United Forms” involved the 3-D scanning of a small Henry Moore sculpture in the collection of the Norton Simon Museum. The data was then sampled, remixed, and cast at a larger scale in bronze.

Starting in 2009, Schafer has performed as DSE, a platform for the production of and dissemination of processed recordings, live signal manipulation, and noise actions. Utilizing both analogue and digital source material, he translates data emphasizing manipulation of the structural authority and intelligibility in language. Throughout this time Schafer has extended his practice into experimental venues and collaborative projects. Schafer has performed at Human Resources, Control Room, L.A.C.E., David Kordansky Gallery, Samuel Freeman Gallery, Printed Matter, Silent Barn, Roulette, Invisible Dog, and Studio10. Schafer’s sound work has been included in curated radio programs in Lisbon, Paris, and Berlin.

His work has been included in numerous exhibitions throughout the United States and has shown internationally. He has contributed to Cabinet Journal, Paper Magazine, and his work has been written about in ArtForum, Art in America, Arts, Cabinet Journal, NY Times, LA Times, Baltimore Sun, Chicago Tribune, The New Yorker, and Metropolis, among others.

Schafer is currently living in Los Angeles and teaching at Art Center College of Design in Pasadena, CA.

Here are two books that were mentioned in the interview; Douglas Barrett After Sound: Towards a Critical Music. And Marie Thompson, Beyond Unwanted Sound: Noise, Affect and Aesthetic Moralism.