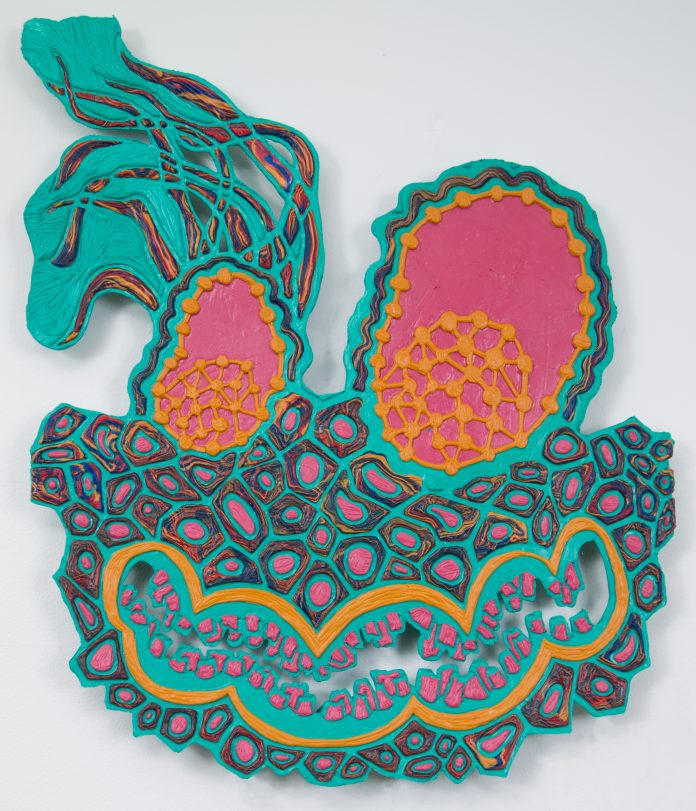 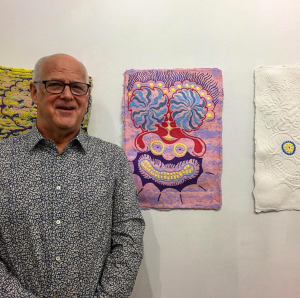 Daniel Wiener, who received a Guggenheim Fellowship in 2012, grew up in Los Angeles but has lived in  NYC for thirty-eight years. A professional artist since 1977, Daniel’s first show was at the Stephen Wirtz gallery in San Francisco, held shortly after his graduation from University of California at Berkeley. In 1982 Daniel was awarded a fellowship for an unusually long stay at Yaddo, which inspired his exodus to the East Coast. Daniel’s work has been exhibited nationally and internationally in both group and one-person shows, notably at Bravin/Post Lee Gallery in New York and Acme Gallery in LA. Though he is known primarily for his intense and viscerally-arresting sculptures, Daniel also works in watercolors, pen and ink drawings, and animations. Recently, he has been included in numerous shows, including Studio 10 in Bushwick, and the BRIC Biennial in Brooklyn. Daniel is presently affiliated with Lesley Heller Workspace, where he will have a one-person exhibition in the September of 2019. He is currently working on a series of pressed apoxie-sculpt paintings based on a technique he developed at Dieu Donne. Daniel lives and works in Boerum Hill, Brooklyn.