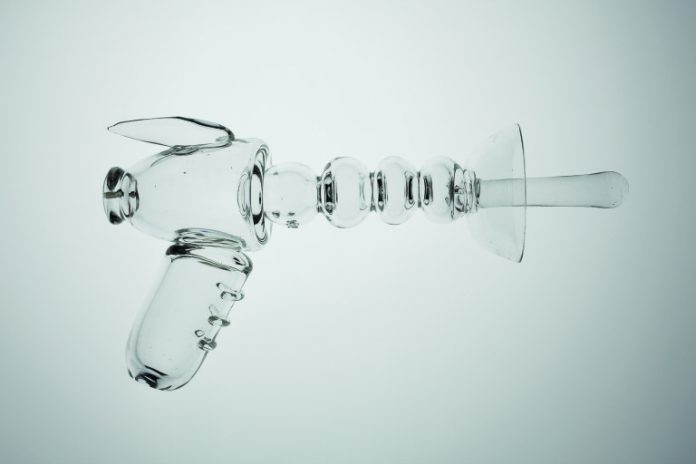 Claire Lieberman is a sculptor and installation artist who combines such materials as marble, Jell-O and video. Her work explores a range of dichotomies, such as the sublime and the quirky, desire and danger, indulgence and guilt.

Three current projects include: a series called “Grenades,” small, reflective, black marble sculptures that allude to actual grenades, but exude a fleshy quality.  In these fractured times she hopes to contribute to dialog about issues of violence in contemporary culture.

Lieberman is developing an ensemble of toy guns made in blown and hot-sculpted, clear glass.  The sculptures call up recollections of children’s toy water guns and reflect on issues of youth violence.  These hand-held pieces move from a literal representation of handguns to increasingly phantasmagoric renderings, both disarming and humorous.  A new room-size installation in white alabaster and green Jell-O is also in the works.  It is an installation project that evolved out of her participation in an Arctic expedition that explores climate change and how glaciers are receding.

Check out her current book project on Hatchfund: “Grenades”