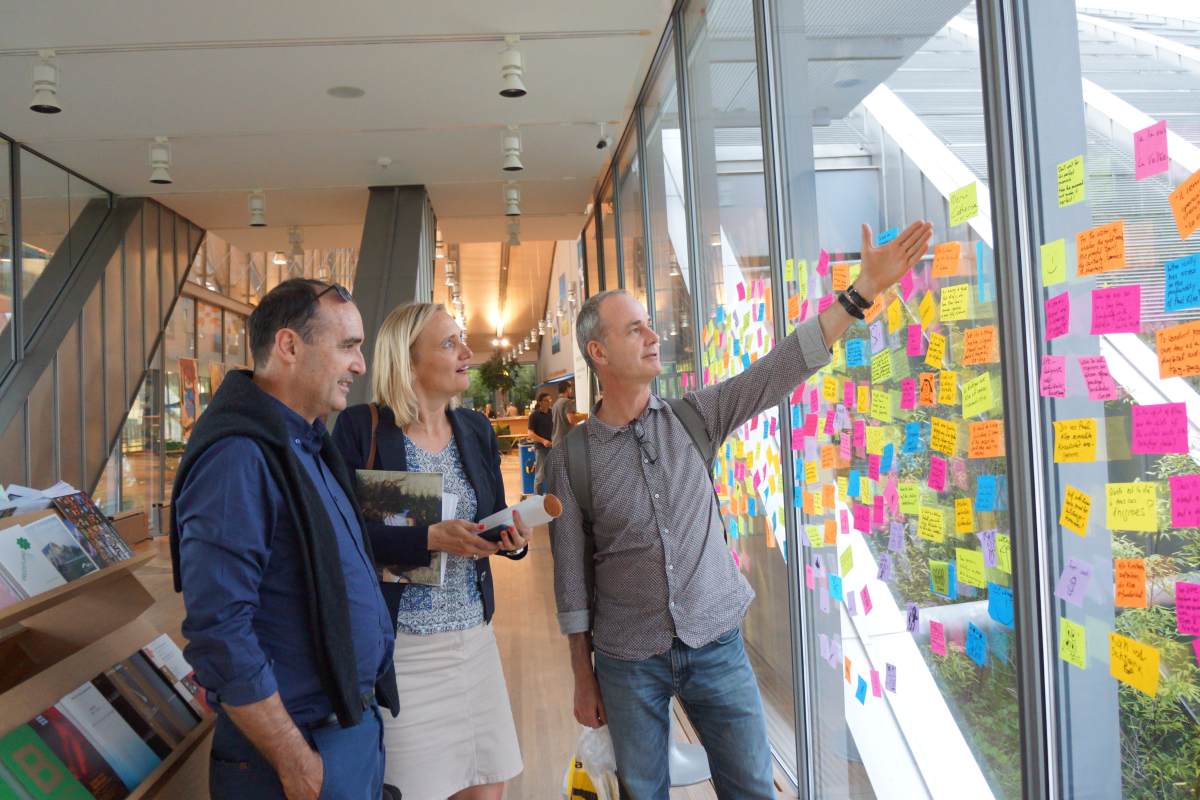 Catherine Gfeller was born in 1966 in Neuchâtel, Switzerland. She currently lives and works in Paris and Southern France after having lived in New York from 1995 to 1999. After her Master in Fine Arts in 1991 at the Universities of Neuchâtel and Lausanne, she devotes herself to photography. She travels to many different continents (Europe, South Africa, Asia, South America, North America) to create large landscape triptychs (“A Matter of Landscape”). In 1995, she receives a grant for a one-year residency in New York. There, she develops a printing technique which combines paper, monoprint and photography on the theme of urban landscape (“Urban Friezes”).

In 1999 she is invited for a residency at the Cité Internationale des Arts in Paris and receives the Photography Award from the HSBC Foundation. Paris inspires a new work (“Multi-Compositions”), focused on metaphorical urban subjects using various media: video, sound and the written word. Intimate spaces and daily gestures create new multi-layered compositions where urban rhythms still resonate as an acting presence (“The Insiders”, “Chimeras”, “Domestic Pieces”, “Waders”).

In 2013 she directed the movie “Words of Artists/Portraits of Artists” (87 Min.), a film on 12 Swiss contemporary artists, produced by Richard Dindo and Swiss Television RTS Zürich.

In 2014 WAM Museum in Johannesburg has shown her work (video, photography, sentences installation)  after the residency she made in 2013 at Wits School of the Arts, Johannesburg.