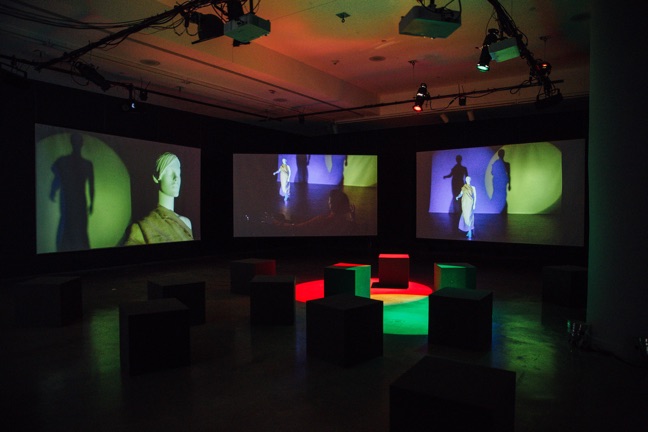 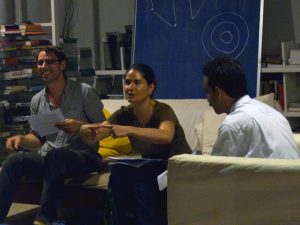 Anthony Graves and Carla Herrera-Prats have worked together as Camel Collective since 2010. Graves & Herrera-Prats’ artworks are motivated by research into marginal histories and critical pedagogies. Their works in performance, video, sculpture, and photography think through the contradictions of contemporary labor and the myths of cultural production, bringing together collaborators from a variety of professions.Camel works at the intersections of disciplines and with collaborators from a variety professions to question the demand to behave professionally while sustaining creative heterodoxy. As Ariel Goldberg has described Camel: “A Camel Collective project (endurance based, anthology produced post-production) may look like a panel on a conference, but a conference that is stretching itself to its limits to not replicate drowsiness, corporate hotel lighting, one that is resisting the ‘suburbs of academicism’ when considering art and pedagogy.” Their narrative works replicate social fields; they examine the contradictions of “immaterial” labor and the immateriality of post-production’s inventory of mechanized effects.Camel Collective has exhibited and performed at museums and exhibitions including MUAC, Mexico City (2017); REDCAT Gallery, Los Angeles (2015); Trienal de Artes Frestas, Sesc, Sorocaba, Brazil (2015); the Bard Hessel Museum, Annendale-on-Hudson, New York (2014); Casa del Lago, Mexico City (2013); Trienal Poli/Gráfica de San Juan, Puerto Rico (2012); Mass MoCA, North Adams, Massachusetts (2011); and Aarhus Kunsthalle, Denmark (2010). Camel has also exhibited works at Artist’s Space, Art in General, Exit Art, and the Sala de Arte Público Siqueiros, Mexico City.
Their most recent publications is: La distancia entre Pontresina y Zermatt es la misma que la de Zermatt a Pontresina (2017).

Camel Collective was formed in 2005 as a research group during a fellowship at the Whitney Independent Study Program. The group met to conduct research on labor, affect, and the history of artist collectives.