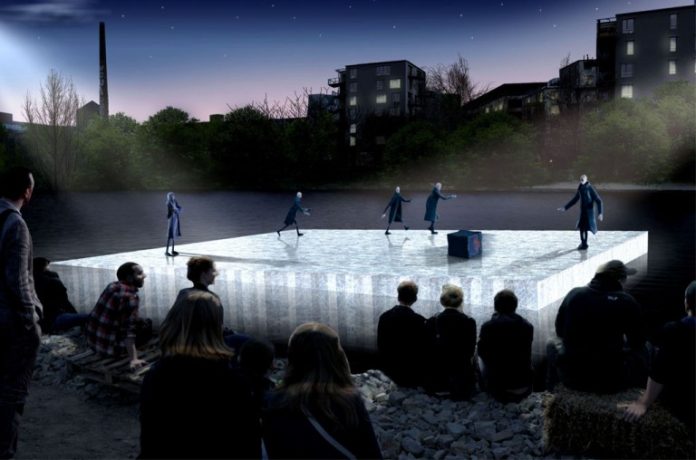 Bernd Upmeyer is a Germany-born and Rotterdam-based architect and urbanist. He is the founder of the Bureau of Architecture, Research, and Design (BOARD) and the editor-in-chief and founder of MONU Magazine on Urbanism. BOARD was founded in Rotterdam in 2005 and is active in many fields: as an architecture, urban design, and design practice and as a research board on urban and architectural issues. Upmeyer studied architecture and urban design at the University of Kassel (Germany) and the Technical University of Delft (Netherlands). He holds a PhD (Dr.-Ing.) in Urban Studies. Currently BOARD is working on the design of a public square of 2.500m2 in Ivry-sur-Seine, a commune in the south-eastern suburbs of Paris.

Since June 2012 Upmeyer and his office BOARD are part of the group, led by STAR – strategies + architecture , that has been chosen as one of the new six teams of architects and urban planners appointed by the Atelier International Grand Paris (AIGP)  to be part of the Scientific Committee for the mission: Grand Paris: pour une métropole durable. As one of their contributions to the Atelier they created a project entitled “The Legend of Grand Paris, or How Paris Became Great” which tells the story of how Paris became greater. It is the first legend of the Grand Paris territory, in which Paris had to die to save Grand Paris.

Upmeyer is the author of the book “Binational Urbanism – On the Road to Paradise”, in which he creates a theory of binational urbanism, a term coined by him. Binational Urbanism examines the way of life of people who start a second life in a second city in a second nation-state, without saying goodbye to their first city. They live in constant transit between two homes, between two countries. Binational urbanists come from all strata of society, from the highly educated and cosmopolitan creative classes to the working class. Through their continuous change of location, binational urbanists appear to be living in a state that is characterized by a constant longing, or a constant homesickness, for the other city.

The book mentioned in the interview: Modern Man: The Life of Le Corbusier, Architect of Tomorrow, Author: Anthony Flint