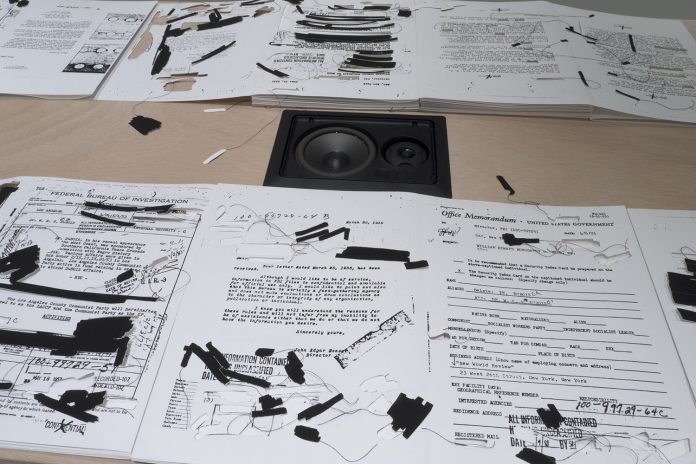 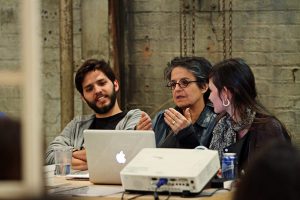 Ann Messner is a NY based multi-disciplinary artist. Her work has examined fault lines between the individual and the larger social body as encountered within public realm discourse, investigating the incongruities between notions of private life/space and public/civic engagement and experience.

Her 1970’s performative work, interventionist in strategy, took place ‘unofficially’ within the context of the urban street, and survives as super 8 film and 35mm photos. Messner’s first solo exhibition, an ongoing public performance (Franklin Furnace 1978), utilized a crudely over-amplified typewriter with outside speakers projecting the pounding of keys well beyond the parameters of the interior building space. It was not till later, in 1995, that these early performances were critically considered together in the exhibition ‘subway stories and other shorts, Ann Messner: photographs and film 1976-1980’ (Nina Felshin, Dorsky Curatorial Projects).

A hit and run strategy developed into more permanent, but still intentionally temporary, public projects, activating impersonal urban sites with an intimate object-based encounter. Meteor (Public Art Fund 1986), sited at Times Square, was one such project. These works, eschewed the monumental, echoing in scale an early commitment to experience as perceived through the individual psyche in relationship to the body.

In 2005 Messner directed ‘disarming images’, an open-call project produced by the collective Artists Against the War. Screenings of ‘disarming images’, accompanied by public discussion, took place, notably, at Yale University, School of Visual Arts, The New School, Hunter College, Carnegie Mellon and Casa delle Cultura (Rome). The gesture of individual action within the context of both a larger collective and far-reaching socio-political intention exemplifies this project.

Three recent works continue a commitment to engagement: ‘The Real Estate Show and Other Histories‘, presented at Creative Time’s Summit 2013: Art, Place, and Dislocation in the 21st-Century City; ‘the underground potato’ (in collaboration with activist/artist Laurie Arbeiter), a food vending media cart, installed in the Essex Street Market Cuchifritos Gallery in conjunction with ‘The Real Estate Show: Was Then: 1980; What Next 2014?’; and ‘DuBois_the FBI files‘, commissioned for Du Bois in Our Time, University Museum of Contemporary Art, UMASS, Amherst.