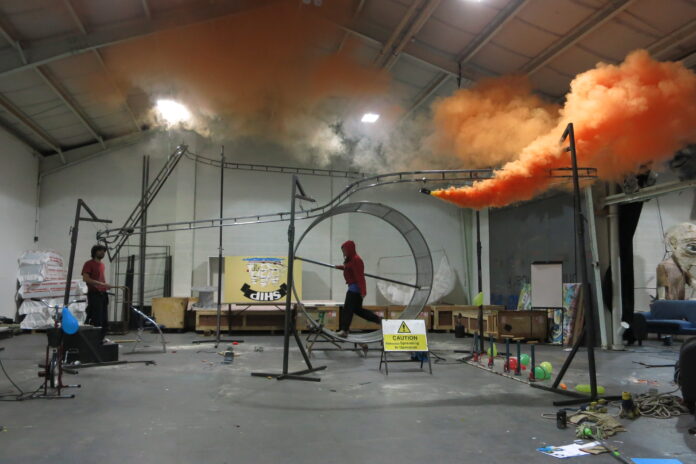 Karkatag is Belgrade based Serbian art collective. It exists since 2009.

Work of collective includes machines, interactive and autonomous installations and manipulable objects.
Collective uses industrial materials and technologies in research of different natural and scientific phenomena, interactivity and performativity of machines, sound, motion.
Through public actions and performances, by placing installations and machines in space as urban scenography and props, collective also introduces social aspects of its work. In those settings spectator/passer-by is being involved in co-play with machine/installation and thereby becoming an active partaker in changing the perception of space and daily routine of the city.
Karkatag works are participatory and the situation generated through their use is integral part of their realization.

Aiming to encourage experimentation and to make its metalworking and mechanical knowledge available, collective organizes series of workshops as well as offering workplace, tools and advising in its open studio/artist-in-residence project.

Karkatag has three permanent members that are together defining, managing and realizing the work of collective. Nevertheless, team structure is generally fluid and from project to project it involves new people.