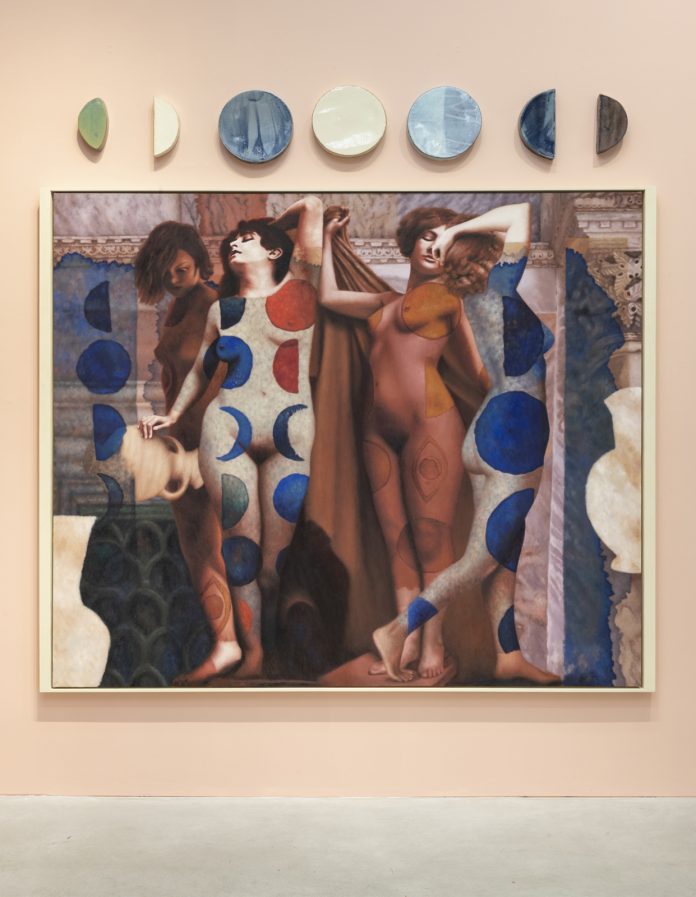 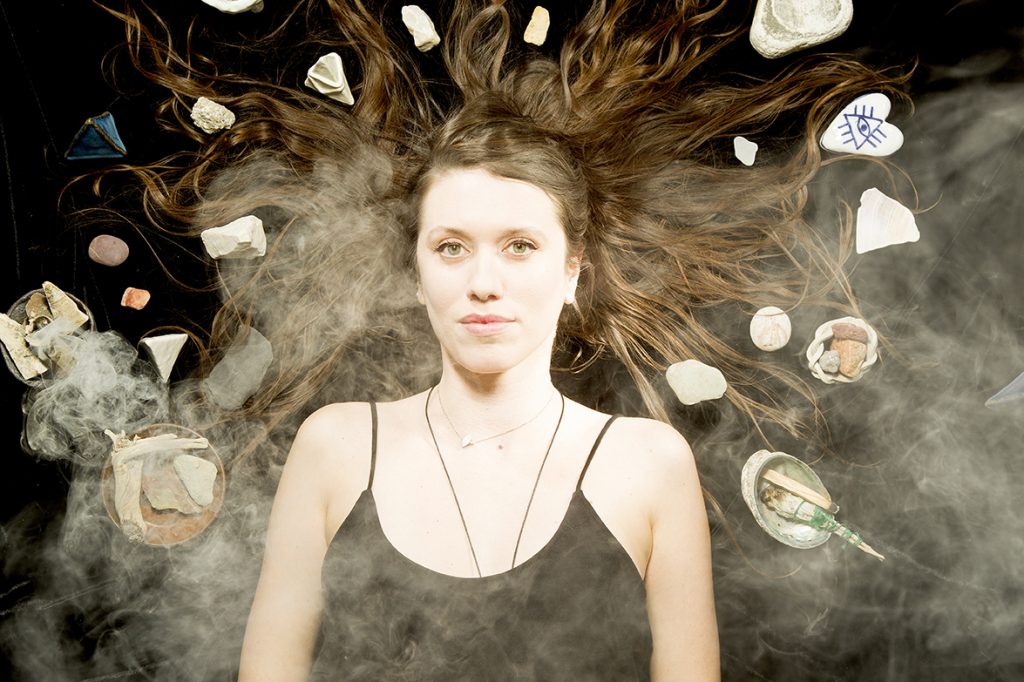 Alison’s work includes oil paintings and ceramics that depict women engaged in mysterious ceremonies. Presented as installations, with objects positioned on the floor or on stands like altars in front of the paintings, the works together tell a story. They suggest that the viewer has entered a sacred space, and that they are seeing remnants of a mystical happening that took place there. Vessels are repeated throughout the paintings and ceramics, and suggest the cosmic egg. These vessels are carefully tended to, guarded, and used by the women who inhabit the scenes. Figures pose in trance-like, choreographed movements, reflecting Alison’s belief that art making is ritual, and that all ritual is performance.

“I’m interested in creating images of women supporting and connecting with one another. I am part of a community of incredible women~ herbalists, witches, midwives, artists, and revolutionaries, and it informs my work big time.”

Alison Blickle has exhibited widely in the United States and Europe, with recent solo exhibitions at Kravets Wehby Gallery in New York and Five Car Garage in Los Angeles. Her work has been included in group exhibitions at MOCA Tucson, Nassau County Museum, Deitch Projects, New York University, The Hole, and Beers London. Alison received an MFA from Hunter College in New York in 2009, and a BFA from California College of the Arts in San Francisco in 2006. She currently lives and works in Los Angeles.