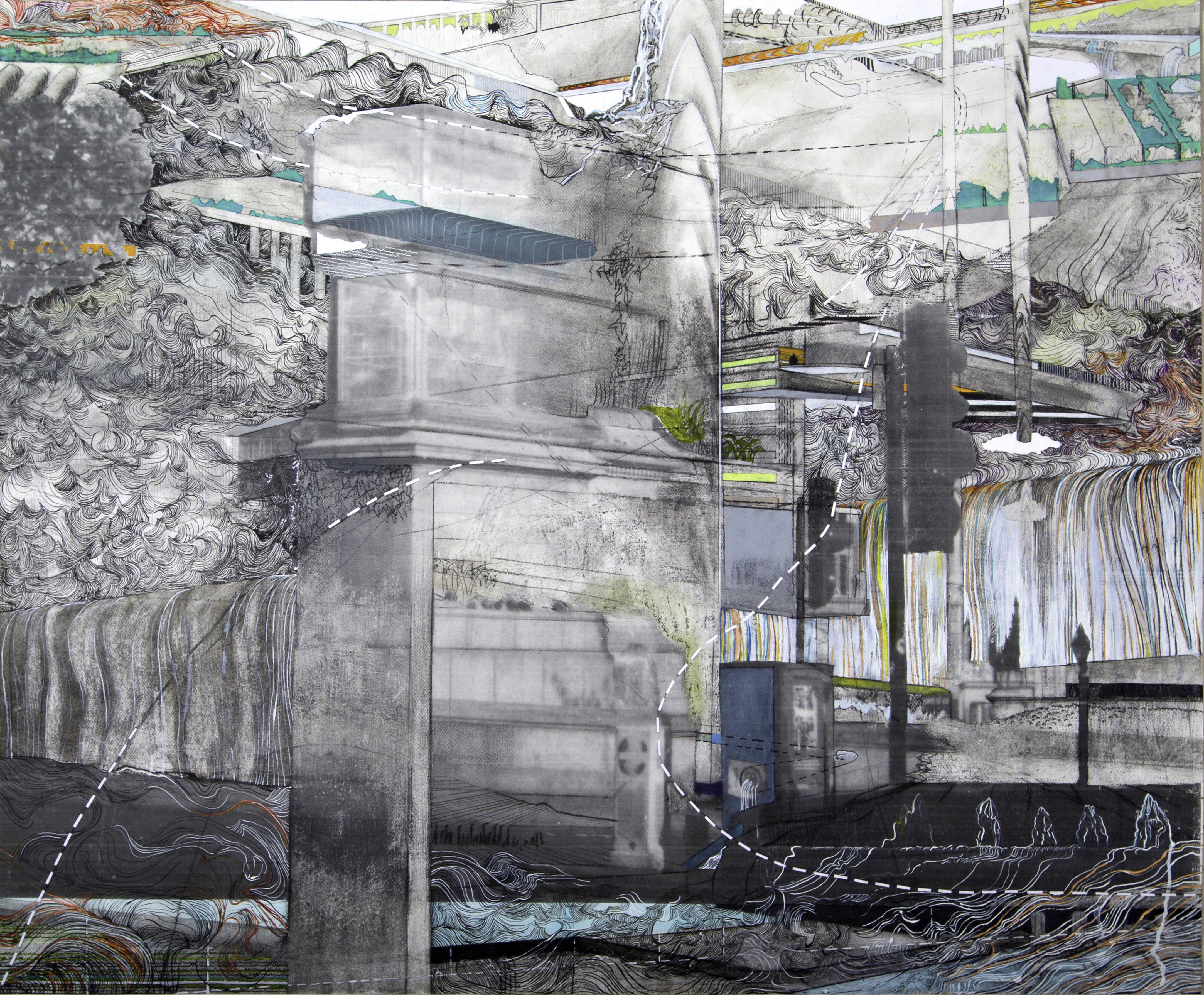 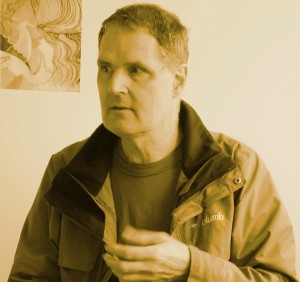 After graduating from Canberra School of Art, playing in bands, and then exhibiting drawing and bookworks in Australia, Alex moved to various countries where he was offered residencies including a Fellow at the Prague Academy of Fine Arts (1992/3), Artist in Residence Glasgow School of Art (1993/4), Artist in Residence Kunstlerhaus Salzburg (1994), Artist at Braziers International Workshop UK (1999) and Artist at La Llama International Artists Workshop, Venezuela (2000) and more recently the NARS Studio Residency in New York 2016. Alex is considered a leading international artist in the field of drawing.

Asking questions around the materiality of word and image, Alex uses multiple forms of communication in an ongoing investigation into the practice of reading and the perpetually new. He works through complex questions of literacy and the failure of communication as it relates to “abstraction” and particularly the written word. Drawing every day, with a number of interconnected projects and dealing with the erasure of the written word, Alex effectively conveys the futility of precise communication. His drawings put us in a place where we are challenged to comprehend nonsensical but at the same time familiar spaces. The conversation in his work between the two dimensional image and the space it encodes makes us realize how, through our sense(s) we rely on significant/non significant forms, planes, lines and texture to make sense of the world around us.

He has been shortlisted in drawing Prizes, most recently the John Ruskin Drawing Prize UK 2014.

Along with various reviews and articles, his work has been featured in publications including “Australian Artists Books” (Alex Selenitsch 2007), “Tintin and the Secret of Literature” (Tom McCarthy, 2006), “/seconds” magazine (Ed Peter Lewis 2006, 2007, 2008 and 2013) and this year’s Melbourne School of Design magazine “Inflection” Edition no 2. After recovering from cancer & a stem cell transplant in 2010/11 Alex felt the need to self publish his sketchbook sketches and notes in facsimile editions of 150 every year which he then distributes.

For the past 26 years he has exhibited internationally on an annual basis and since 2005 with the London based gallery Patrick Heide Contemporary Art. He is currently working on his next show “enduring peace, at the surface water, banging their voices”.