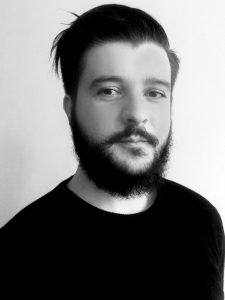 His research focuses on the crossover and interplay of art criticism and curatorship through a concept that he refers to as ‘curaticism’. Different all the time in solutions and arrangements, ‘curaticism’ has the goal of ‘curatorially’ identify the political and social position that the artist’s practice occupies within the current time, and to ‘critically’ investigate how the artwork’s visuality makes the piece to be politically and socially questionable.

Facente was recently selected for the ‘CPR 2018 ‘, a curatorial program for research in Iceland, Faroe Islands, Finland, Norway, and Sweden, in August 2018.  He has curated solo, group exhibitions, independent projects, and talks in non-profit spaces, foundations, and galleries, including HVCCA, Cuchifritos Gallery, NARS Foundation, Italian Institute of Culture, Residency Unlimited, in New York, HIAP in Helsinki and Ateliê397 in São Paulo. His articles, interviews, and essays have appeared in art magazines such as Artribune, TemporaryArtReview, DROME, and DOMUS, as well as in exhibition catalogs for major museums such as  MADRE in Naples and GAMEC in Bergamo.