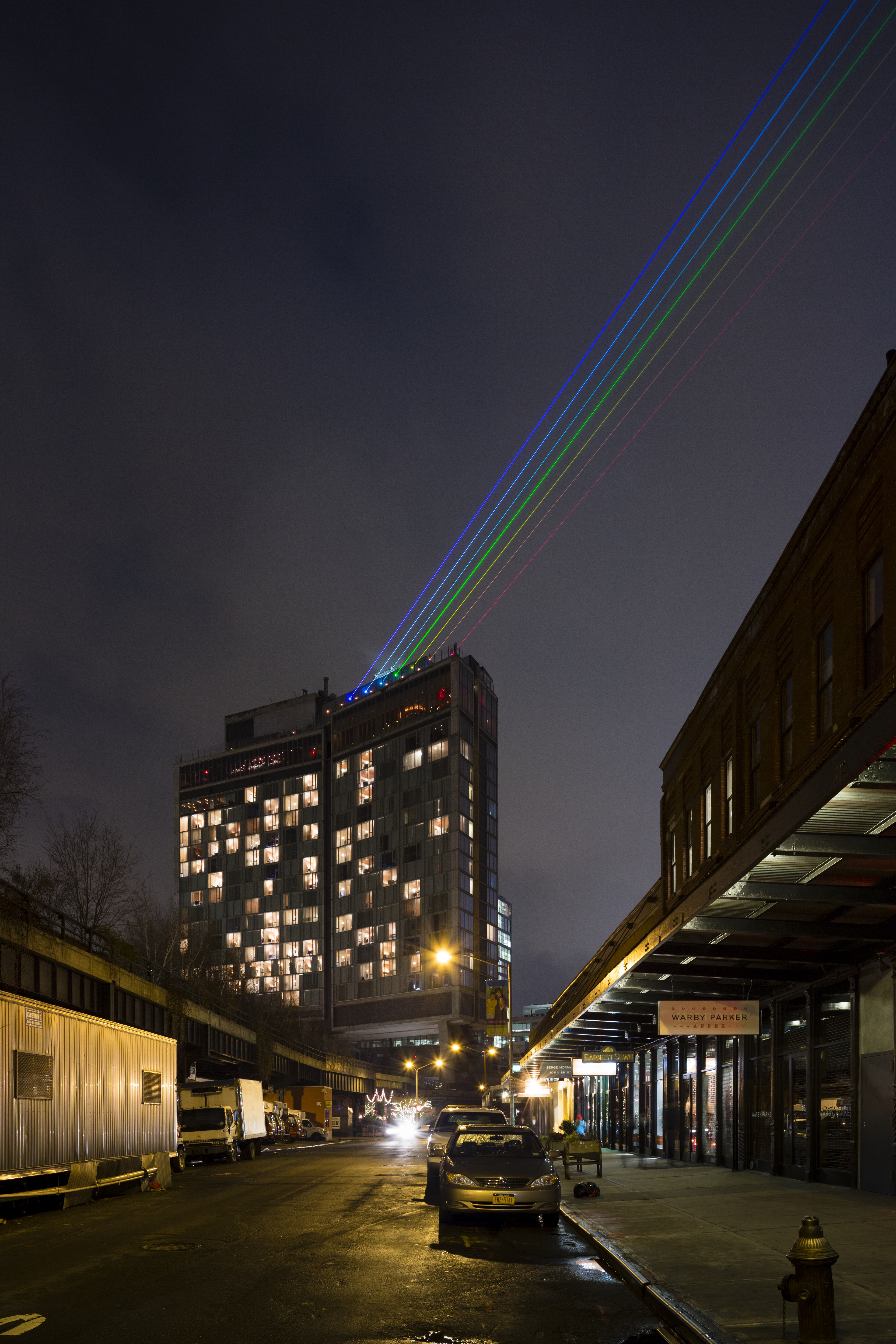 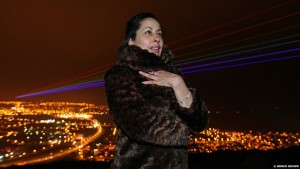 Yvette Mattern (born San Juan, Puerto Rico) is a New York and Berlin based visual artist whose work has an emphasis on video and film, which frequently intersects performance, public art and sculpture. Her work has been exhibited internationally.

Yvette Mattern received her MFA in New York City from Columbia University’s Film Division in 1987.  She has worked on and collaborated with many artists on film and theater projects including Cindy Sherman’s theatrical feature ‘Office Killer’, Al Pacino, Nicolas Cage, Diller+Scofidio and The Builder’s Association among many others.

Her ongoing monumental laser light installation Global Rainbow has been presented over fifteen times since 2009 including: launching the London 2012 Cultural Olympiad in the Northeast, Northwest England and Northern Ireland.

The Global Rainbow installation beams seven rays of high specification laser light, representing the spectrum of the seven colors of the rainbow. The artist had been inspired by seeing an unusual rainbow in a beautiful spot at ‘Walden Pond’ in Massachusetts. Mattern aims to connect all demographics in a beautifully engaging experience. She sees her work as a visual translation of hope and peace.