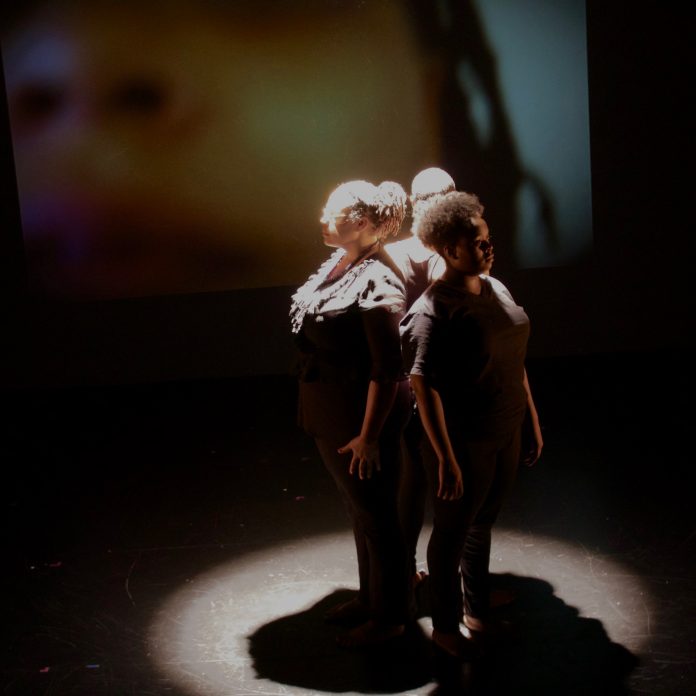 Shontina Vernon is a theatre artist/filmmaker/ musician/creative facilitator/ and educator. Her work champions the necessity of arts and culture to catalyze social change. As such, it has been recognized nationally and internationally for both its artistic merit and risk taking.

Drawing from her belief that “If you can’t tell your own story honestly, then you certainly can’t tell anyone else’s,” Vernon responds to today’s landscape of political urgency with a creative process centered on social justice. She fuses performance, live music, and multi-media amplifying the voices of traditionally marginalized communities. Her work has been particularly impactful in shifting the narrative around gender/sexuality and criminal justice reform using abolition as a framework. Vernon is a recipient of the Robert Rauschenberg Foundation “Artist as Activist” Fellowship for the creation of the Visionary Justice StoryLab, a collaboratory of interdisciplinary artists, culture workers and community members working to address the impact of systemic oppression through storytelling, media and performance based healing practices. She is also this year’s Herb Alpert/MacDowell Colony Fellow in Theatre and a 2017 MAP Fund grantee.

Her theatre work has been developed and produced by New York Theatre Workshop, Seattle’s ACT Theatre, the Hansberry Project, the Hip Hop Theatre Festival, and featured at the World Wide Words International Festival in Copenhagen, Denmark. Most noted among her plays are WOMEN OF THE WILD ROOT, A LOVELY MALFUNCTION (nominated for a 2016 NYC Audelco Award), and WANTED. She is currently developing FORGING AHEAD on the impact juvenile incarceration has on who we become as adults with Flying Carpet Theatre, and LAST

KIND WORDS, the story of two black queer women and their erasure from the American blues canon. Her recent short film, GRRRL JUSTICE, exploring the pathways of girls and gender nonconforming youth of color into the juvenile justice system is scheduled for release in September of 2018.

The books mentioned in the interview are “How We Get Free: Black Feminism and the Combahee River Collective”, “A Burst of Light and Other Essays” by Audre Lorde and “James Baldwin: The Last Interview”