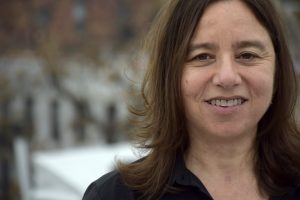 Sarah Schulman is a playwright novelist, nonfiction writer, screenwriter, journalist and AIDS historian. This is the second interview with Sarah Schulman, the first one can be heard here.