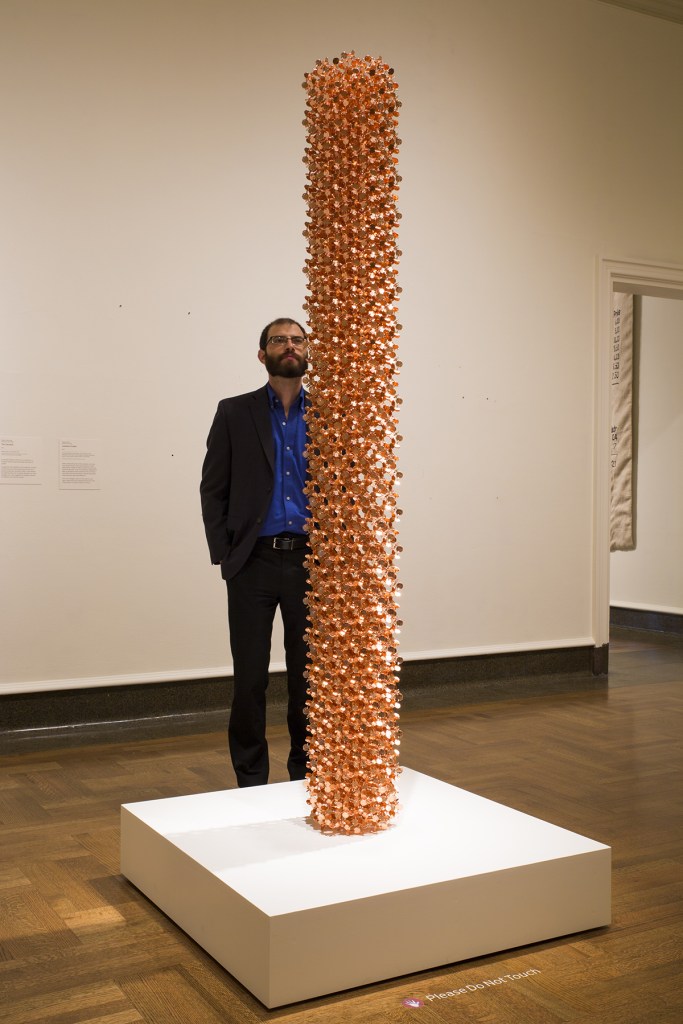 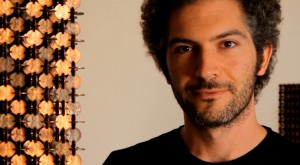 Robert Wechsler is an artist living and working in Los Angeles.

Wechsler’s current work focuses on the U.S. penny. Minted since 1909, the penny has been one of the most familiar objects of daily life in America for generations. Today, rendered practically worthless by inflation, the penny may soon be eliminated from circulation. Produced but without purpose, exceptionally common but rarely used, ubiquitous to the point of invisibility, Wechsler see’s the penny as fertile ground for surprise.

The Mendicant, is a series of cubes made by notching and joining thousands of pennies in perfect orientation to one another. Joined at perpendicular angles, the coins create a lattice structure, allowing tunnel-like passages of light from specific angles. As one moves around them, the cubes seem to fluctuate from material to ethereal. Together the pennies form an engaging “whole” which entices the viewer to look again at the “part”.

Wechsler focuses on the familiar. Comfortably accustomed to everyday objects and spaces, we are blind to their unseen beauty and elegance. Who looks at a shopping cart or a toaster for the object itself? This state of static expectations is fertile ground for surprise.  A conscious re-examination of his subjects re-instates the novel back into the familiar. This is the moment of surprise, the moment we discover what is unseen in what we always see. In reverence for what initially appears modest we get a small glimpse of the boundless elegance of our world.

One early project Applied Geometry involved arranging hundreds of shopping carts into a perfect circle in a Costco parking lot. Shopping carts are designed and built so that when nested they have a predetermined amount of slack. This is done so that the carts can be pushed and steered around the parking lot in bunches. Without this slight give, the carts would stack into ridged un-steerable columns. Applied Geometry was about taking that hidden but built-in angle and exploiting it to the fullest potential. In essence, finishing an arc that was begun by the original designers. The cart circle has a playful quality but it is a public and spectacular gesture meant to capture attention and reveal an extraordinary potential in an ordinary object.