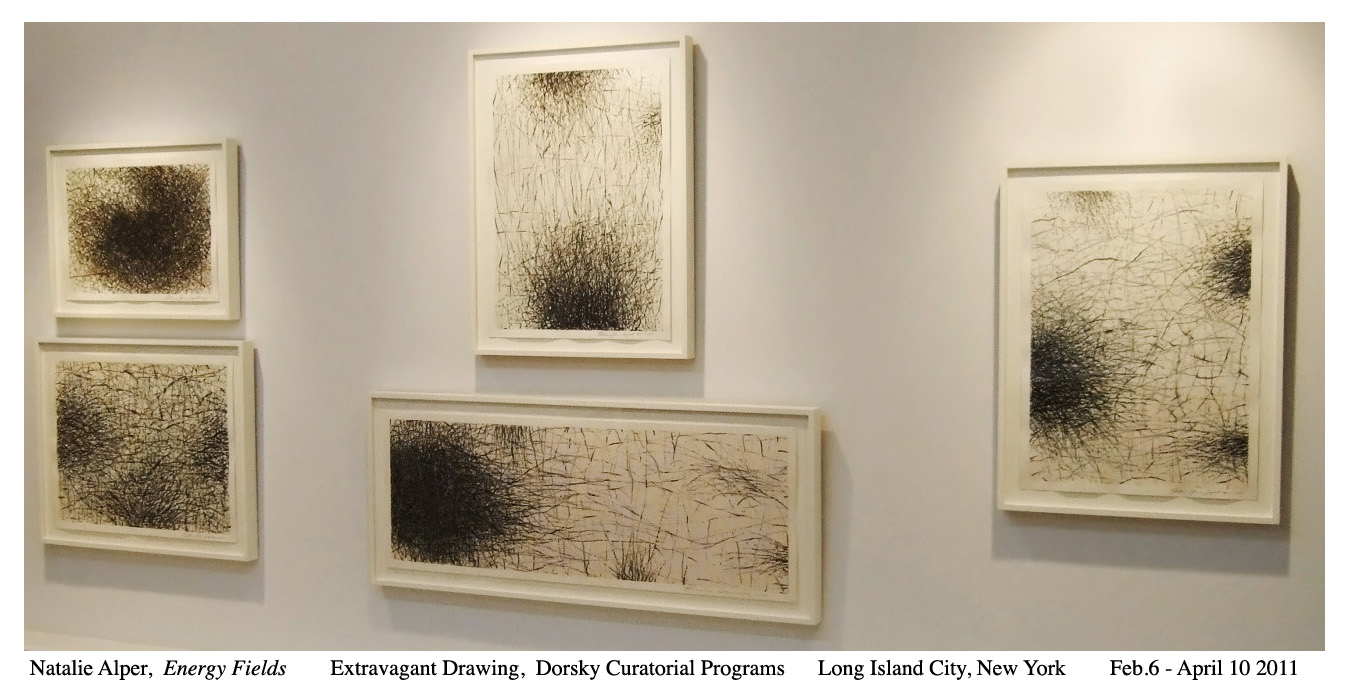 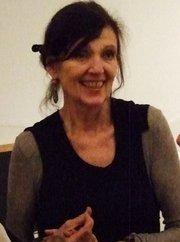 Natalie Alper is an artist whose paintings and drawings, though abstract, reject a restrictive formalist construct, where flatness of pictorial space and any referential connections are excluded.  Her work addresses complexities of space and dynamism that connect to both historical spatial structure, such as Tintoretto’s, and mannerist painting.  They consider ideas of the here and now in science and ideas in chaos theory where initial conditions and their permutations lead to unexpected outcomes.  She begins with a calligraphic pencil grid of writing that alludes to language, and is visible in the interstices between the large swaths of color.  Her color, with its use of metallic pigment combined with the chromatic range she uses, is a unique melding of the elemental and the artificial.  Alper has opened new and exciting options for abstract painting.

Alper was born and grew up in the Bronx, studied history at NYU where she was fortunate to have some painting courses with the fabulous Phillip Guston. After receiving an MA in history at Boston University, Alper traveled in Europe by Volkswagen Beetle including trips to Poland and what were then Czechoslovakia and the Soviet Union. She then spent a year living in Sweden, interspersed with more travel.

Returning to the U.S., she attended the Boston Museum School, graduating in 1970. Alper received a Travelling Fellowship from the Boston Museum School in 1971 for more travel in Europe. The resulting work was shown at the Museum of Fine Arts, Boston, MA. Travel and seeing art in the places where it was made has played a major role in her thinking about art and life.

In 1971, Natalie Alper became the first woman to teach painting at the Museum School in the latter’s history of more than a hundred-years. She taught there until 1993. She was visiting faculty at the Carpenter Center at Harvard in 1984. In 2008 Alper was Artist in Residence at the Museum School.

Interspersed with teaching and some visiting artist lectures was more travel to Europe, Peru, China and Japan, with generous help from Museum School travel grants, the Massachusetts Artist Foundation and the NEA. Since then, Alper has had trips to India and again in Europe. Studio time occupies most of her life now.

Her current gallery representation is the Seraphin Gallery, Philadelphia, PA, where she has had two solo shows. She is scheduled for a solo exhibition at Michael Warren Contemporary in Denver, CO in the fall of 2016.

Images of Natalie Alper’s work and more information may be found at www.seraphin.com and on youtube. 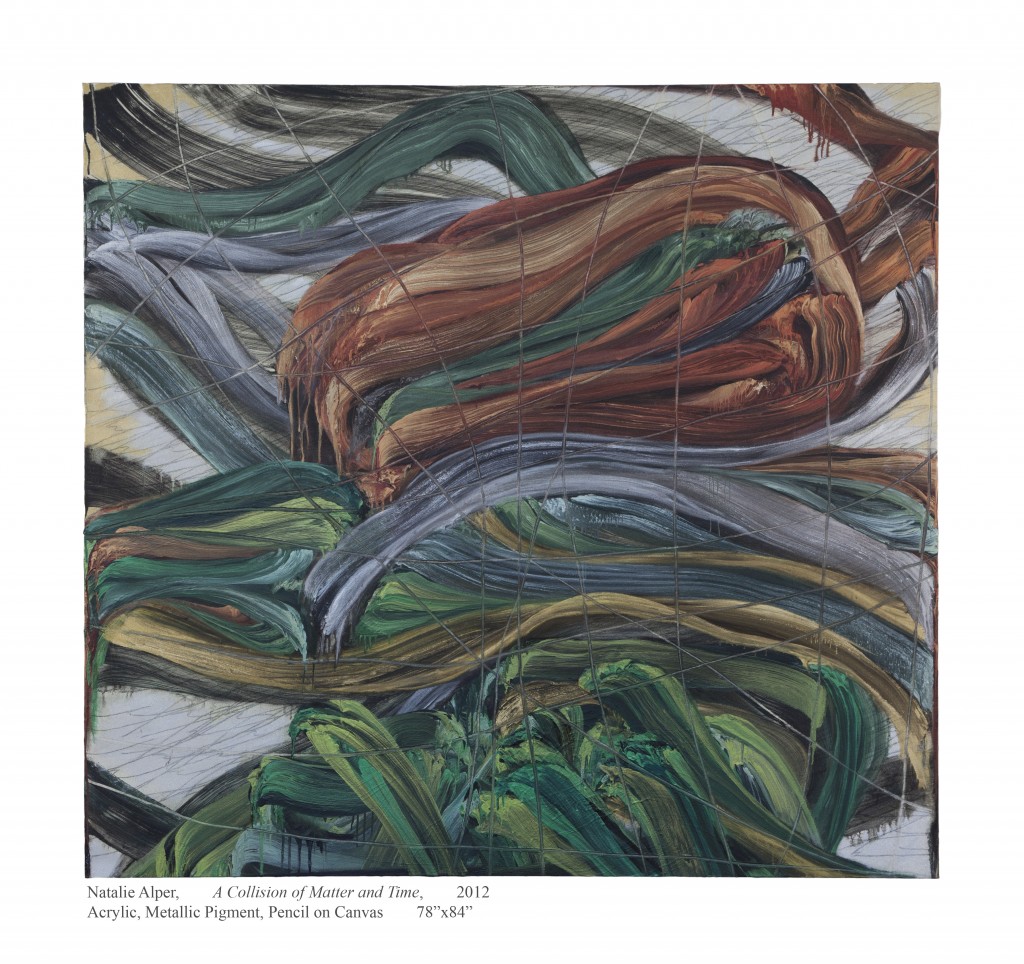 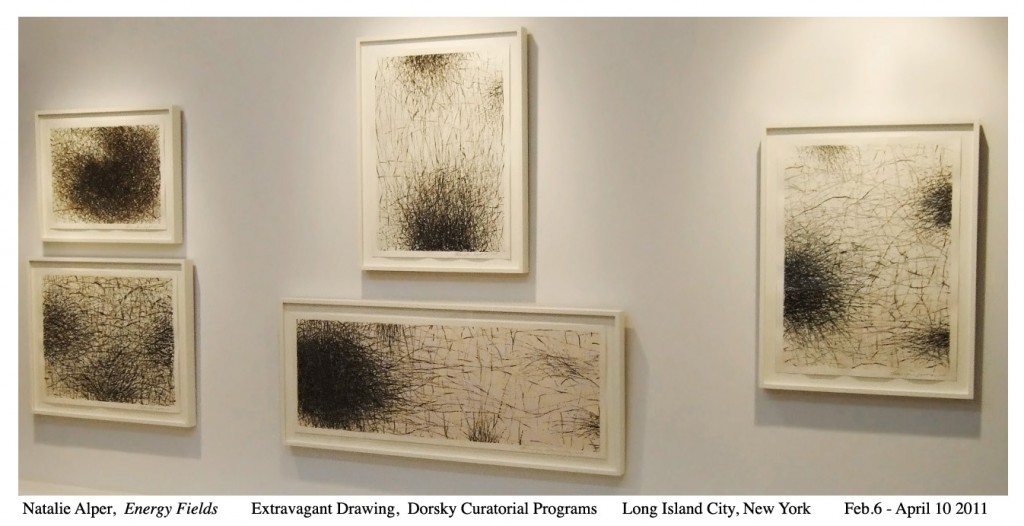