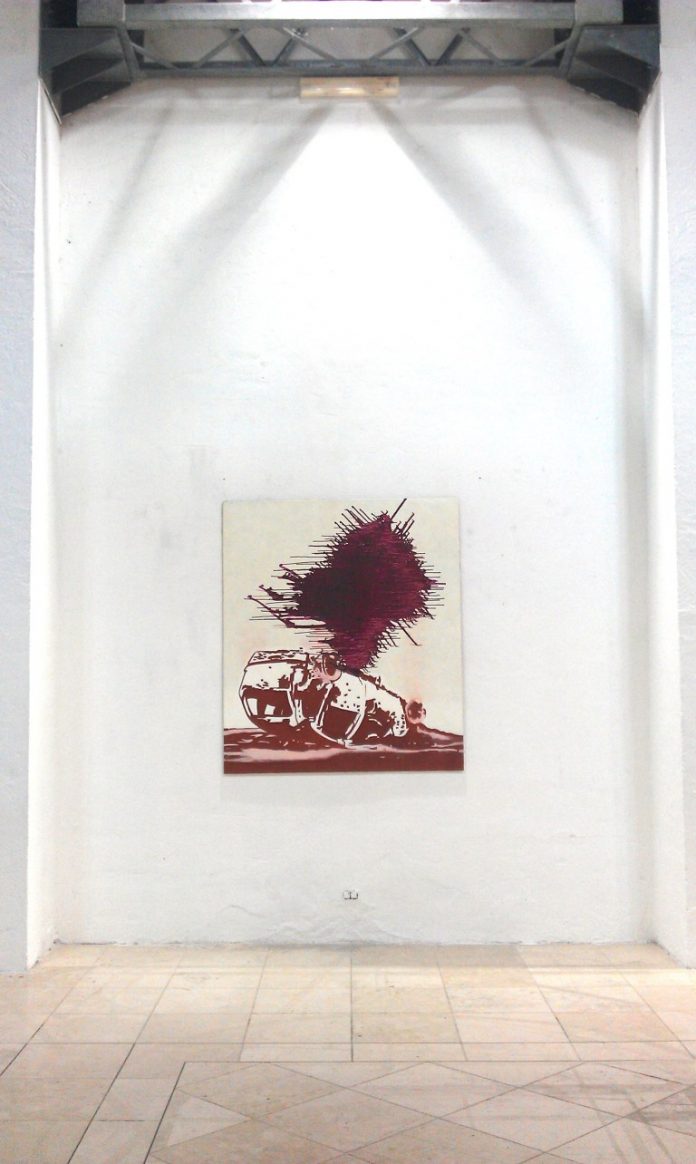 Mimmo Catania is an Italian-born artist, living in Berlin since 1984. He studied painting at Accademia di Belle Arti Urbino (1980-84).

He has been working in the last three decades on a synthesis of Informal art (eighties), Environmental strategies (ninenties) and since the beginning of the 2000s introducing the figure to form what he denominates ‘Meta-Realistic paintings’.

The most recent series ‘Burning Cars’ has a particular story behind. The first interest in this issue dates back more than a decade ago. The artist has already started to work on it but something made him put it aside. When he recently moved to a new studio (2013), these first drafts popped up again.

It is the aesthetical fascination that takes him in ‘Burning Cars’: the fire with its resistance to technology, resulting always winner and disappearing after the attack. Fire is one of the elementary experiences of mankind. It has been accompanying us from the very beginning up to our days. It is still one of the mightiest powers, able to provoke outbreaks of preconscious sediments, buried fears, putting at risk our unstable construction of social and individual stability.

The artist has been the recipient of various awards including a grant from the Berlin Senate for New York (1995) and for Israel (1996) as well as the Katalogförderung (2012); a residency at the Casa di Goethe, Rome, supported by the Daimler-Chrysler Foundation (1998); Pollock-Krasner-Foundation, New York ( 2005 and 2016), Joan-Mitchell Foundation for Santa Fe Art Institute, Santa Fe. In 2008 he had been working for one month in Beijing.