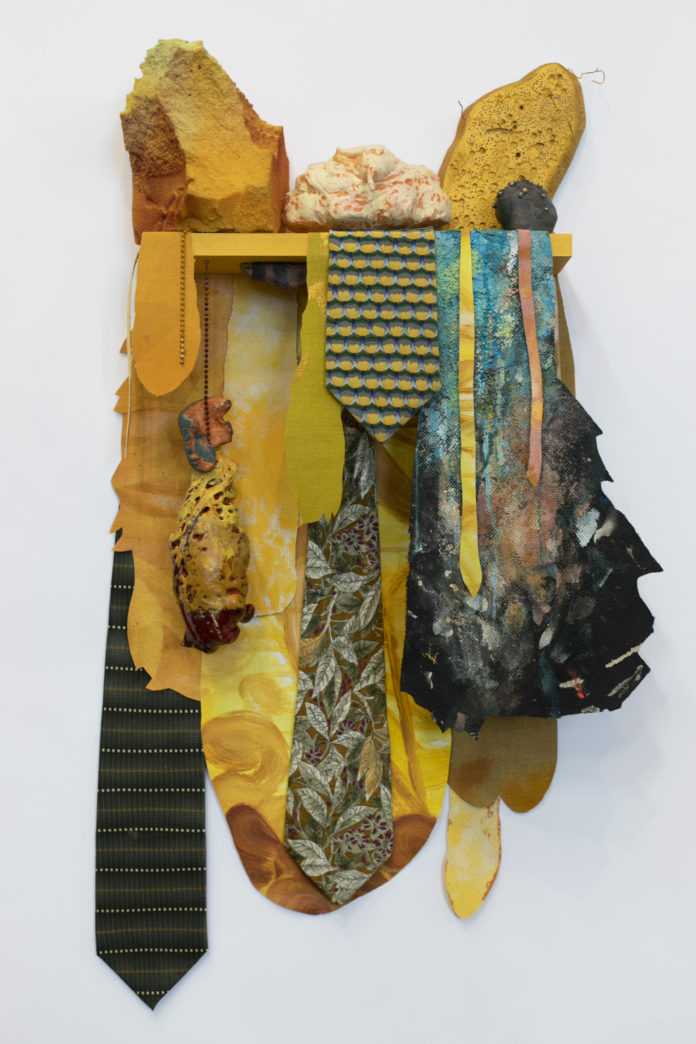 Mike Rader is a mixed media artist working in film, animation, painting, sculpture, printmaking and drawing. Often mixing all of these elements into one work, he creates a creative playpen to flesh out an area of interest. Mike chooses his mediums by need rather than passion by asking the question of which medium will best articulate his current creative curiosity. Mike’s work often reaches back into the past to create a dialogue with memories, while bringing influences along the way and reinterpreting them into the present. Past works include works which used the following as catalysts: Charlie Chaplin, Ultraman, and Godzilla. Mike is currently working on a film influenced by the relationship of the Three Stooges’ personalities and how those different aspects combined and individually relate to the creative process.
His works have won the Vanguard Award for Best Experimental Film (Art of Brooklyn Film Festival), Best Art Direction (Manhattan Film Festival) and the Merit Award (Lucerne Film Festival). Mike Rader’s works have been shown in museums and galleries internationally including The Carnegie Museum of Art, the Andy Warhol Museum, the Toledo Museum of Art, and the Hefei Museum of Modern Art in China. Rader has recently installed a permanent public sculpture in Newark, New Jersey and has just completed an artist residency in Tao Hua Tan, China. Mike Rader lives and works in Brooklyn, New York.