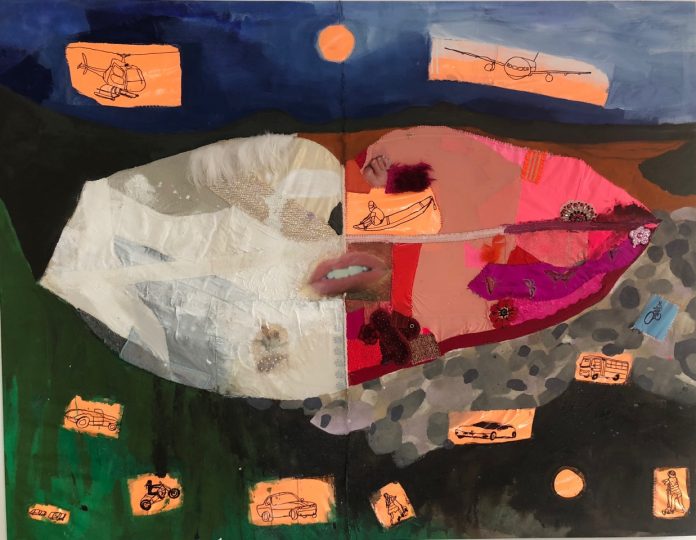 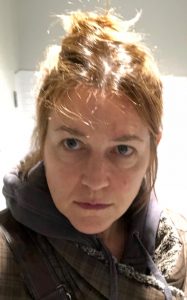 After starring in the feature film blessing, (Sundance Film Festival Spirit Award) with her father Guy Griffis, she moved to Los Angeles, where she attended The Santa Monica College of Design, Art, and Architecture’s mentor program. Melora has written, designed, choreographed/directed, and performed in over a dozen performance art works in New York City and abroad. She visits similar themes that inhabit her painting in her performance work and writing.

Doug McClemont, Linda Yablonsky, and the late Robert Long, have written about her work which is psychologically charged and dedicated to authentic expression, drawing on intimate and universal concepts. Griffis’ figurative works lean toward abstraction encouraging the viewer to engage with her paintings prismatically. Melora makes oil paintings as well as mixed media works, both flat and sculptural, that combine found textiles pieced together with intentionally uneven hand stitching in various colored threads. Alluding at once to the fragility of loss and the subsequent process of grieving, it proposes a kind of celebratory mending. Griffis states, “an inherent, intuitive occupancy of an interior psychological world exists [in my work], and I trust in the gravity of the personal paralleling public import.” Just as a play pulls back the curtain on a particular physical and psychological locus through set and character, Griffis’ work animates the canvas with a similar appetite. Critic Doug McClemont says, “With their (…) dramatic use of color, Griffis’ works convey the impression that memories and retellings can be strangely cloaked and yet, nevertheless, poignant.” Delving into our shared humanity, Griffis’ energetic paintings are personal, provoking an emotional response in her pursuit of truth.