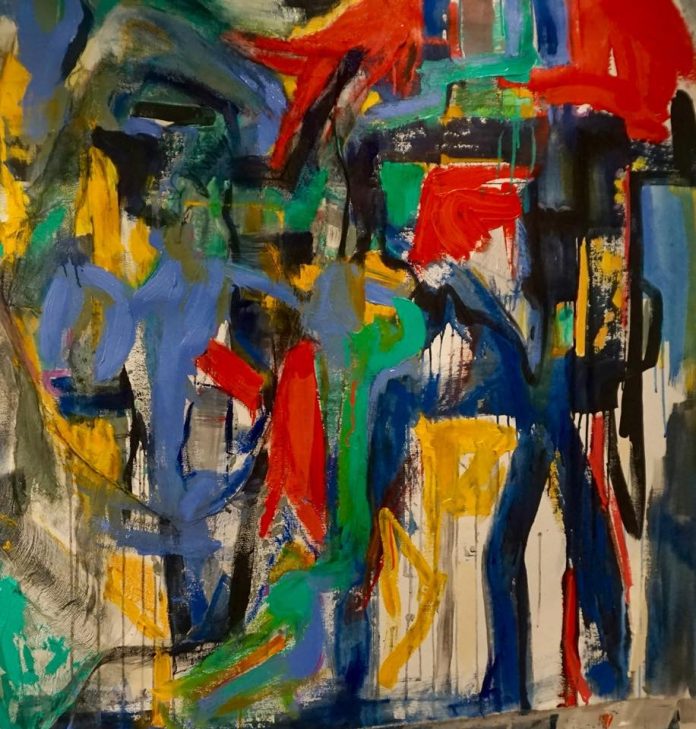 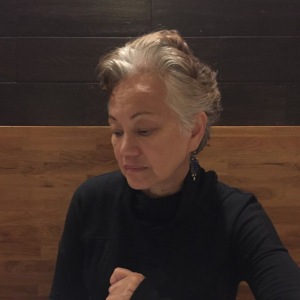 Mary Chang was born in lower Manhattan, New York, USA. She was raised in Fort Greene -Clinton Hill section of Brooklyn, where she continues to live with her family and work.  An interdisciplinary artist, painting, printmaking, theater and movement are her art forms.

Mary attended the School of Visual Arts,  and  worked with Master printers  Shelia Goloborotko and the late  Sheila Marbain.

There was a pause in her work as a painter from the mid 1970’s to the late 1990’s. She spent this time raising her family and focusing on theater. In the mid 1980’s Mary began to study theater, perform and travel. Her theater experience includes: La Mama Experimental Theater in New York, touring Italy as part of the technical crew on Fragments of a Greek Trilogy, directed by Andrei Serban.  She was part of an ensemble group of four American actors and four Swiss actors who developed and co-wrote a play titled In-Ter-View which toured throughout New York area and Switzerland, directed by Walter Riedweg of the Werktheater of Basel Switzerland.  Mary was part of the Immigrant’s Theater Project directed Marcy Arlin where she co-wrote the play Immigration Office, The ensemble performed throughout New York area..  She also worked with director Amir Naderi on his first American film, Manhattan by Numbers shown at New Directors Film Festival (MoMA/Lincoln Center).

In 1999 Mary returned to painting , invited to exhibit by friend and mentor Onnie MIllar artist /educator.

Her work has since been exhibited at the Museum of Contemporary African Diasporan Arts (MoCADA), Robert Lehman Gallery at Urban Glass as well as various galleries and cultural centers throughout the  New York tri-state area, Massachusetts Brazil and The Netherlands.

Mary’s recent exhibition “A New York State of Mind:Stories From The  Unusual Suspects, curated by Elise Tak and exhibited at De  Cacaofabriek, in the Netherlands September 2018  introduces 14 independent  American Artist from the United States and their Unique stories.