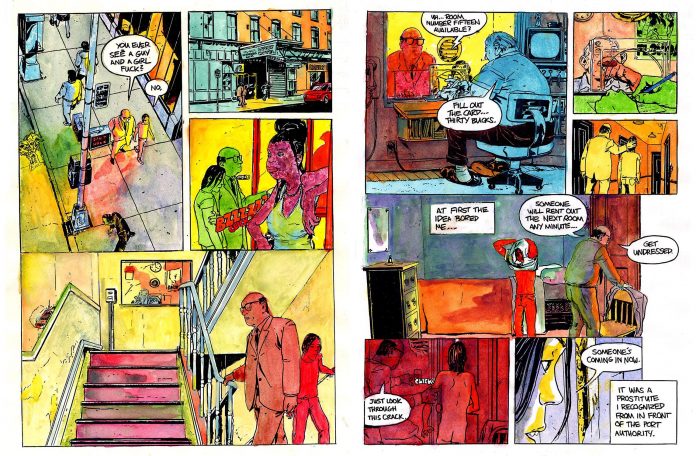 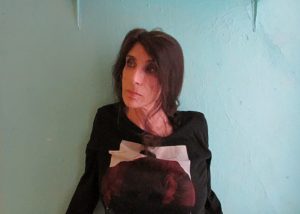 Marguerite Van Cook toured with The Clash with her punk band The Innocents, then came to NYC where she opened the noted installation gallery Ground Zero.

Her own work is in many public collections, including MOMA, the Whitney Museum and Harvard. She won the Van Rensselear poetry prize while at Columbia University, where she was also acclaimed as the star of the play “On Religion”.

She was nominated for an Eisner award for her color for 7 Miles a Second, a graphic memoir done with James Romberger and the late artist/AIDS activist David Wojnarowicz, which is in its third edition in America.

Her own graphic autobiography The Late Child and Other Animals was nominated for an Ignatz award. Both books have been translated and published in France. Currently, Van Cook stars as herself in the upcoming documentary feature “The Brezinski Project.” She has also shown collaborations with her son, ClockWork Cros and her partner James Romberger in galleries in NYC and abroad.
At the time of this interview Marguerite Van Cook is a PH.D Candidate French, at the Graduate Center CUNY. She is also an Adjunct Professor, at Hunter College, CUNY.