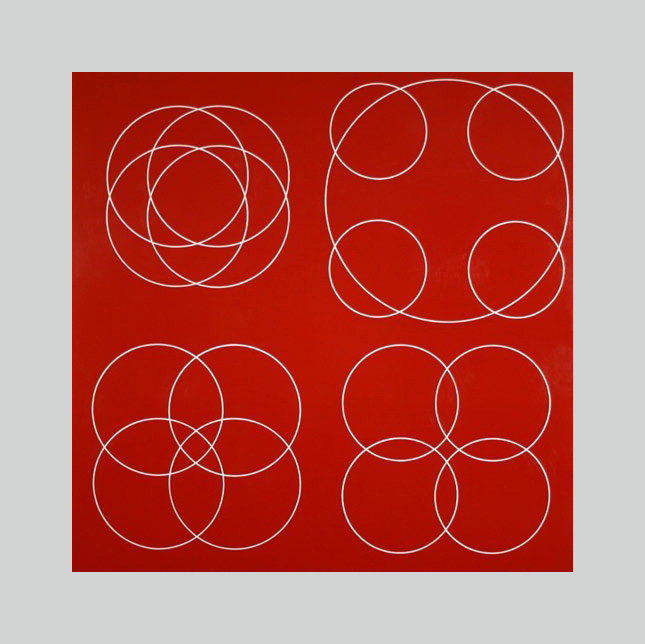 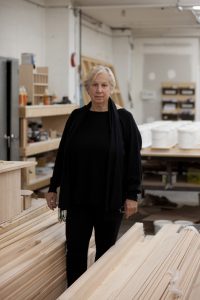 I studied painting with Tony Smith at Hunter College but started out studying biochemistry and physics. I really thought of these fields as philosophy: as an illumination of limits and the backdrop for a discussion of humanity’s striving to overcome them. This is not meant to describe an interest in myth, be it social or political, but rather an involvement in the elements of thought and the operations that give rise to the structure of understanding.

I have exhibited nationally and internationally, and have had many solo exhibitions: Nicholas Davies Gallery, P.S.1 Contemporary Art Center, Hal Bromm Gallery, Minus Space Gallery, University of Alabama College of Arts and Sciences, and others in NY and abroad.  A recent exhibition at the J.P.Najar Foundation in Dubai resulted in the purchase of a large work. Likewise a painting shown at the American Academy of Arts and Letters in NYC resulted in a purchase award. Some group exhibitions have been in the Leubsdorf Art Gallery/ Hunter College, Sydney Non Objective/ Australia, Stavanger Kunstmuseum/ Norway, Non- Objectif Sud/ France, American Drawing in the Louisana Museum in Denmark, Stadtishe Galerie im Lenbachhaus, Germany, the MIT List Center in Boston. This year there have been drawings in ‘Flat Out” at Mana Contemporary, Jersey City and “Strange Attractors” at Seton Hall’s Walsh Gallery in NJ. I have received grants from the John Simon Guggenheim Memorial Foundation, National Endowment for the Arts, and the New York State Council on the Arts (CAPS). The work has been written about in Art Forum, Art in America, The NYTimes, The Brooklyn Rail, ArtSlant and others.Yve Alain Bois has written the catalog essay, “Atoms”, for the exhibition “Linda Francis, Drawings” at Wm Patterson University in 1996.

The two books I mentioned during our interview were : “ The Book of Disquiet” by Fernando Pessoa, and My Struggle” by Karl Ove Knausguaard.