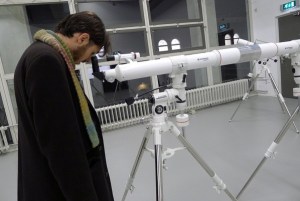 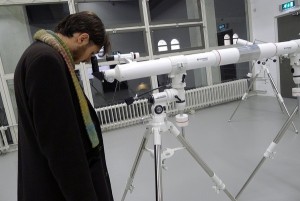 Working with videos, animations, installations and (found) objects Kianoosh Motallebi’s practice focuses on the ‘the material’ as a common ground for the man-made and that natural.
By delving into the intrinsic qualities of a medium, technology or phenomena he seeks connections that have poetic resonances with human experience, redrawing or altering the process through which things come to be, from raw material to object, light to image, electricity to data, matter to knowledge, and back.

His most recent research traces the connections between early civilizations in the Middle East and contemporary technologies.

Motallebi reveived his BA in fine art at the Royal Academy in The Hague and completed a Master in Arts at the Slade School of Fine art in London. In 2010-11 he worked as a artist in residence at the Rijksakademie in Amsterdam, where he continued his research as a art and science fellow in 2013. In 2015 he took part in the Skowhegan School of Painting and Sculpture residency in Maine.

Recent shows include Climate Fictionism at the Hong Gah Museum in Taipei (TW), History of Image at S.T.UK. Centre for contemporary art, Dread at De Hallen Museum of Contemporary art, Haarlem (NL) Beyond the Dark at Galleria Plusminus Nula in Zilina (SK) and Event Horizon at Gabriel Rolt in Amsterdam (NL) . In early 2016 Motallebi will be taking part in in the Group exhibition Hacking Habitat, in Utrecht (NL).

kings and thieves from Kianoosh Motallebi on Vimeo.