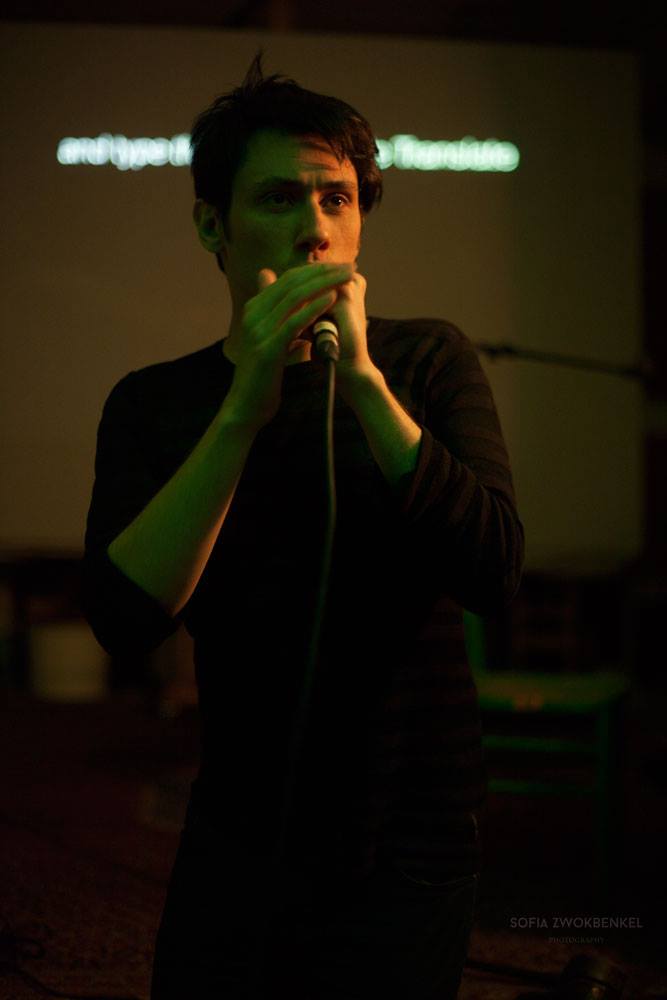 Joseph Keckler is a singer, musician, writer, and artist. He performs widely and has appeared at venues such as Lincoln Center, Brooklyn Academy of Music, SXSW, Miami Art Basel, and Centre Pompidou.

He is the author of several plays, many songs, and has occasionally written about contemporary art for VICE and other publications.

His work has been featured on WNYC and BBC America and he has received a number of awards including a Creative Capital grant and a fellowship from New York Foundation for the Arts. Dragon at the Edge of a Flat World is his first book, coming out this month from Turtle Point Press.

His book launch in NYC is the 19th at Howl, click here for more information.