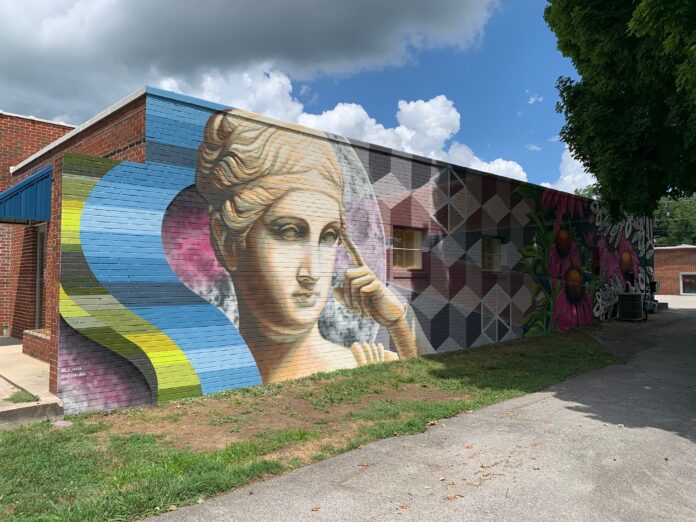 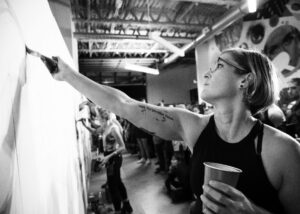 Jenny Roesel Ustick is Associate Professor of Practice and Foundations Coordinator in the School of Art – DAAP at the University of Cincinnati. She holds an MFA from the same program and a BFA from the Art Academy of Cincinnati.

A Cincinnati native, Ustick has become one of the most prominent muralists in her region, completing over 10 large-scale public mural projects with ArtWorks and several independent projects that include commissions from the US Soccer Federation, 21C Museum Hotel Cincinnati, and multiple local establishments. Her Mr. Dynamite (James Brown) mural in Cincinnati has earned her and Cincinnati international attention. Elsewhere in the U.S., Ustick has created or contributed to murals in Tennessee, New Mexico, Illinois, Kentucky, and Florida, including invitations to the Walls for Women mural festival in Tennessee, and the CRE8IV Mural Festival in Rockford, Illinois. Internationally, Ustick has participated in the Proyecto Palimipsesto mural residency with La Fundación ‘ace para el Arte Contemporáneo y el ‘acePIRAR, Programa Internacional de Residencias Artísticas in 2017 in Buenos Aires, Argentina, and was Artist in Residence in spring 2018 with the Graniti Murales program in Graniti, Sicily.

Ustick’s multimedia solo and collaborative studio practice is based in drawing and painting, with expansions into multimedia textile and time-based installations. Her solo and collaborative works have been exhibited in numerous galleries and museum venues that include the Kentucky Museum of Art and Craft, the Contemporary Arts Center in Cincinnati, the Dayton Art Institute, the Cincinnati Art Museum, New Harmony Gallery of Contemporary Art, and Redline Contemporary in Denver. She has participated in multiple international art fairs including Governors Island Art Fair in New York, Edinburgh Fringe Festival, and ArtPrize.

Ustick is also a published critical art writer, contributing essays to The Cincinnati Anthology from Belt Publishing, and Still They Persist: Protest Art from the 2017 Women’s Marches. Ustick’s mural projects have been featured in Forbes, American Quarterly, Hyperallergic, La Sicilia, and numerous local publications and broadcasts; collaborative studio projects have appeared in the Huffington Post and Venus Zine. You can find her work at www.jennyroeselustick.com, and on Instagram @j_r_ustick. 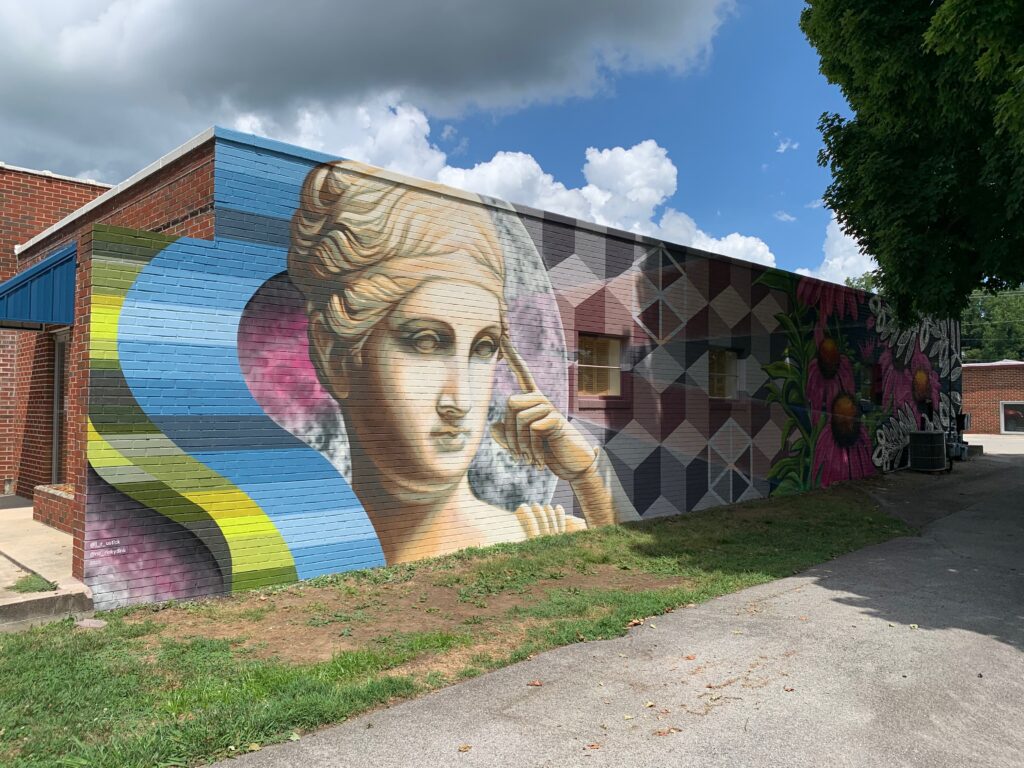 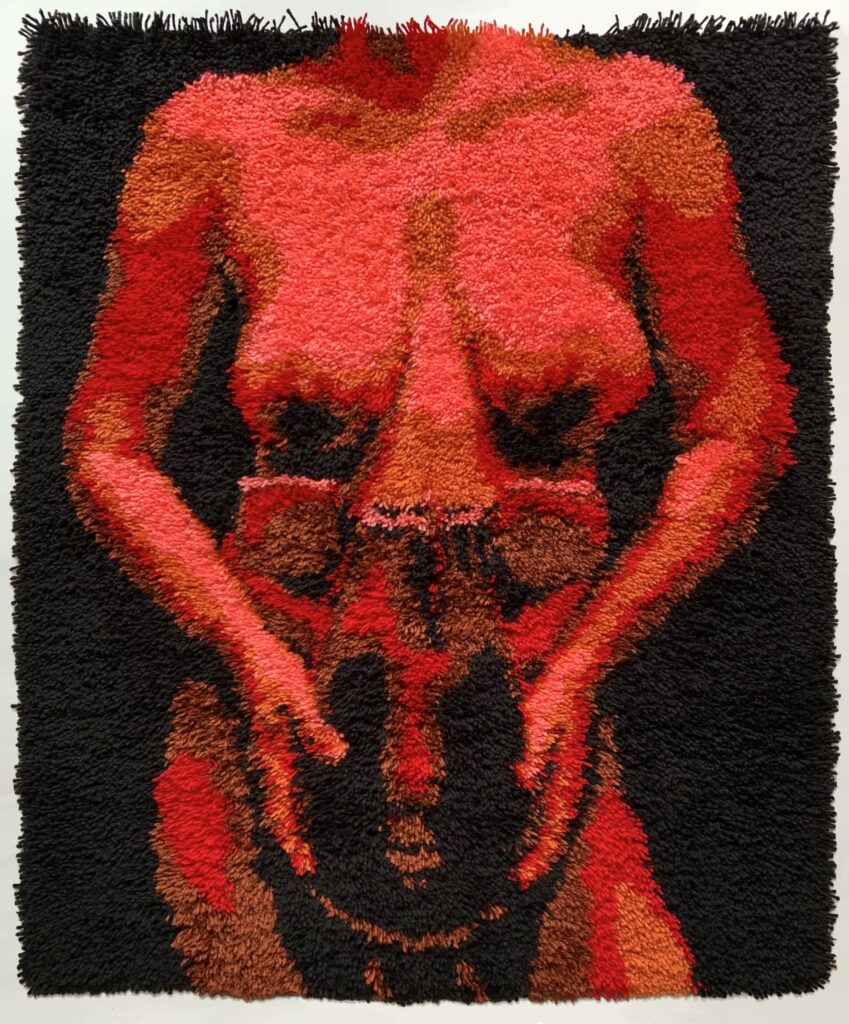