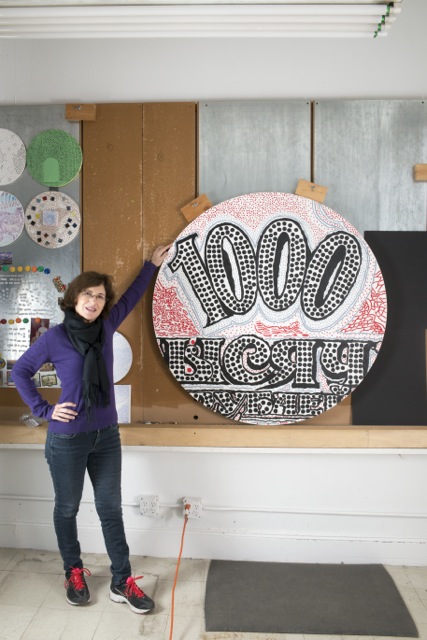 Jenna Lash, a neo-pointillist visual artist, is best known for her oil and acrylic paintings that explore the digital, domestic, and international worlds of currency.  While Lash is Manhattan-based, her collectors span the country and the globe: Switzerland, Scotland, Beverly Hills, New Canaan, and New York.

Lash was a recent guest on Ginger NewYork TV, and her most recent show, in conjunction with the Bitcoin Center NYC, was featured in the Urban Gardner column in the Wall Street Journal.  She has appeared on NPR as part of the Whitney Biennial (Three Artists Talk), and her shows have been featured in, among others, Bloomberg.com, The New York Times, and The New York Post.

Lash has a Bachelor of Fine Arts Degree from the University of Connecticut, Storrs, a Master’s Degree from New York University, and studied at the American Academy in Rome.  You can find out more about Lash and her work at www.jennalash.com.