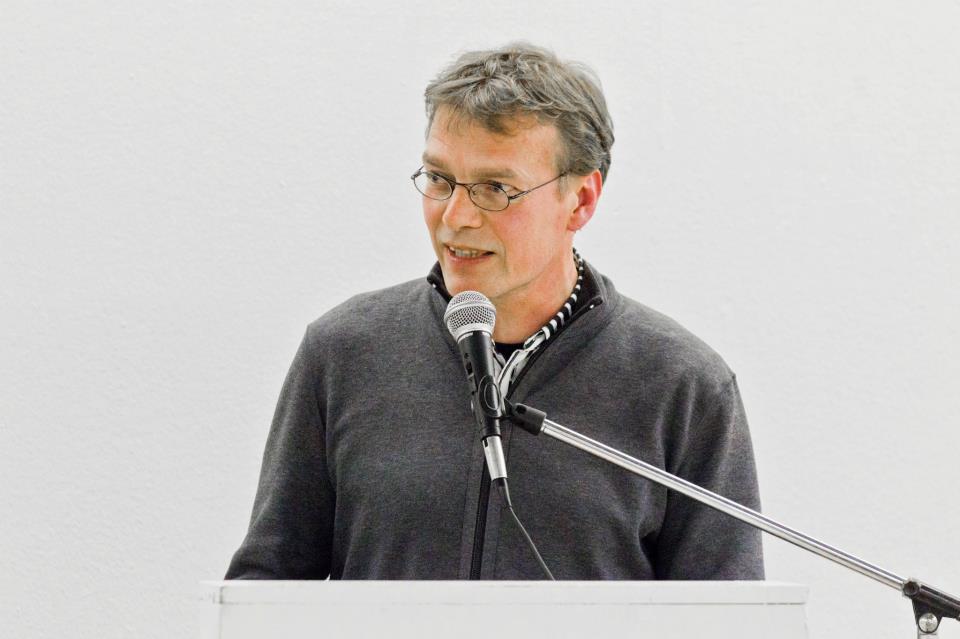 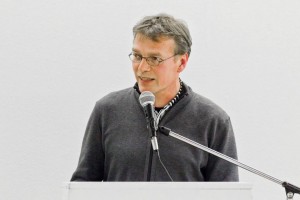 Jelle Bouwhuis (NL, 1965) is a curator at the Stedelijk Museum Amsterdam and heads its project space, Stedelijk Museum Bureau Amsterdam (SMBA). He likes to work with artists and collectives who profoundly engage themselves with topical issues in today’s global society. Besides many solo and group shows his activities include intensive long-term assignments such as ‘Project 1975’ (2010-2012), which comprised institutional collaborations in Accra and Dakar. He now heads the three-year program ‘Global Collaborations’ for the Stedelijk Museum and SMBA jointly (2013-2015), which includes collaborative exhibitions and programs in a.o. Yogyakarta, Beyrut, Belgrade and Mumbai. In the Stedelijk Museum itself he compiled the collection-based exhibition ‘How Far How Near, The World at the Stedelijk’, with a publication, as another outcome of this program.
In 2010, Bouwhuis was a recipient of the Abraaj Capital Art Prize together with artist Hala Elkoussy, In the same year he presented the group exhibition ‘Monumentalism. History and National Identity in Contemporary Art’ at the Stedelijk Museum as well as the accompanying publication. In 2013 he co-cursted ‘Spaces of Exception’ in ArtPlay, Moscow, as a special project of the Moscow Biennial. Recent book publications are Now is the Time. Art and theory in the 21st Century, (NAi Publishers, 2009), which he co-edited; and Project 1975 – Contemporary Art and the Postcolonial Unconscious (Blackdog Publishers, London 2014), i.c.w. Kerstin Winking, and the upcoming Zachary Formwalt – Three Exchanges (Roma publishers, 2015). He has worked as a freelance curator, art writer and advisor since 1994, and has been contributing to magazines such as Metropolis M, Frieze, Artforum, Universes-in-universe.org and for numerous monographic art books. For more information, please see the following links – for Global Collaborations, click here, and for the Stedelijk Museum Amsterdam, click here, Learn more about SMBA here.