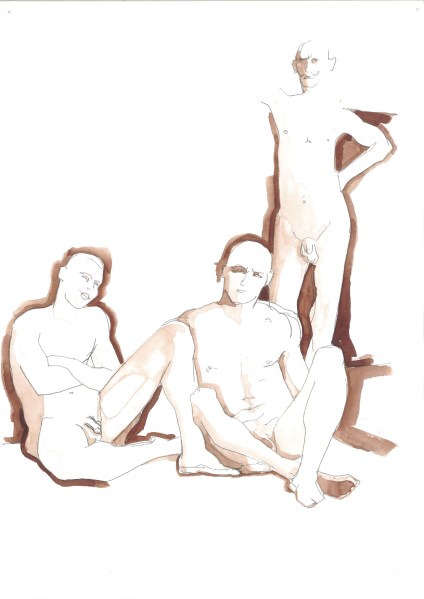 Jan Hietala is an artist, architect and academic.  Hietala is a fellow of ResArch – The National School of Research in Architecture Sweden.  He has held administrative positions at the Royal Academy of Arts Stockholm, Färgfabriken Centre for Art and Architecture Stockholm and Nordic Institute For Contemporary Art Helsingfors, and academic positions at the Royal Institute of Technology Stockholm, The Royal Academy of Arts London,  and The Finnish Academy of Arts Helsingfors.  Hietala has been engaged in volunteer work at The Life Foundation and Chance UK.

Hietala is a Norra Latin Gymnasium (A-Levels) graduate with a mayor in social sciences and arts.  He gained his Master of Arts at The School of Fine Arts, The Royal Academy of Fine Arts Stockholm, and an IELTS degree in English from Westminster University London.  Hietala holds a PhD from the Department of Critical Studies in Architecture, School of Architecture and the Built Environment, Royal Institute of Technology.

Hietala is a merited artist.  In 2003 Hietala was endowed with a ten-year research grant for the arts by Swedish Arts Grants Committee.  Grants and premiums have been endowed from the European Council, San Michele Foundation and Nordic Council.

Hietala counts some thirty solo exhibitions and about the same amount of group shows, to his resumé.  He has participated in several international biennials and represented both Sweden and Finland, most notably Institute finlandaise’s contribution to Paris Photo 2004.  His work is included in collections such as the Public Art Agency Sweden, National Museum Stockholm, Bibliotheca Alexandria Egypt, National Museum Vilnius, Museum of Modern Art Stockholm and the Finnish Museum of Photography Helsingfors.    Hietala collaborates in architecture and public art projects with Moneo Brock Studio Madrid.  His most recent exhibition Men at Water, had its premier at Thiel Gallery Stockholm in 2015.  Men at Water gained attention in national and international press bridging from the Swedish daily Dagens Nyheter to Huffington Post.

Hietala is frequently published in books, journals and newspapers, for instance the Swedish daily Dagens Nyheter.  His most recent curatorial appointment was for the US Embassy in Stockholm, with its premier held on September 22d 2016.  Currently Hietala translates the first uncensored publication of Oscar Wilde’s original 1890 version of The Picture of Dorian Gray to Swedish, with its release planned for spring 2017.