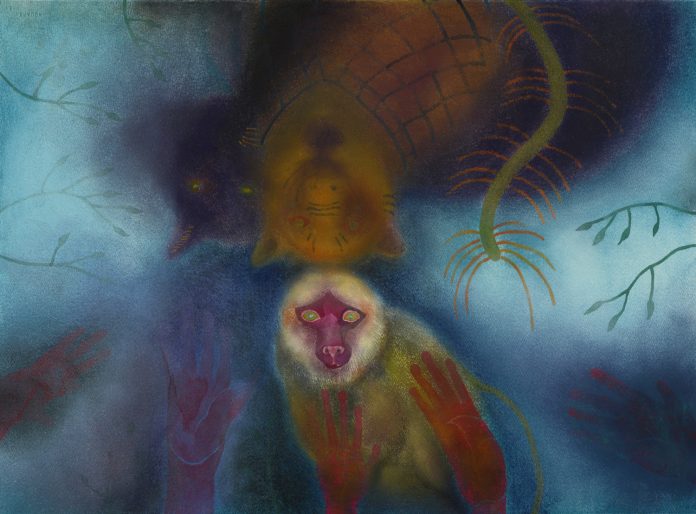 Jan Harrison is an American painter and sculptor whose work, which primarily features animal imagery, centers on the animal nature as it relates to human existence and the collective psyche. Since 1979 her art has been connected with the philosophy of deep ecology. She speaks and sings in Animal Tongues, which she performs in conjunction with her visual art.

Born in West Palm Beach, Florida, Jan Harrison has also lived in Georgia, California, Ohio, and New York. Since 1989 she has lived in New York’s Hudson Valley. Jan Harrison’s art is in numerous public and private collections. She has been the recipient of five grants and fellowships, and has been the subject of many essays and reviews. Her art has been shown in over two hundred solo and group exhibitions throughout the United States and internationally, including The Animals Look Back at Us, curator: Sara Lynn Henry, in New York. Her work was exhibited in Animal.Anima.Animus, curators: Linda Weintraub and Marketta Seppälä, in museums in Finland, Holland, Canada, and PS1, New York.

The books she mentions in the interview are Catherine Keller’s book, Cloud of the Impossible, and also the book by Paul Shepard, The Others.