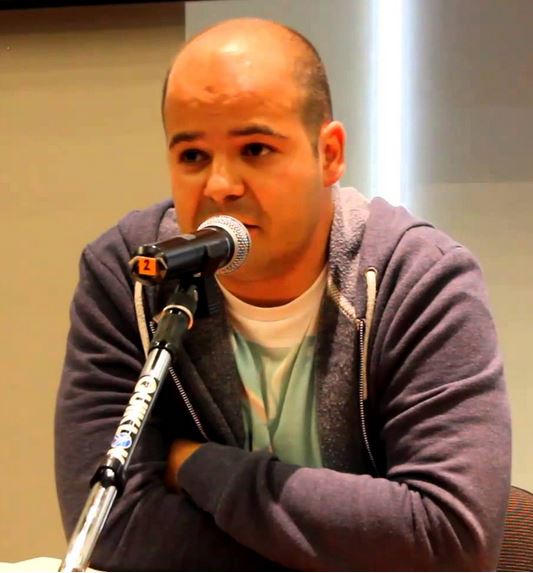 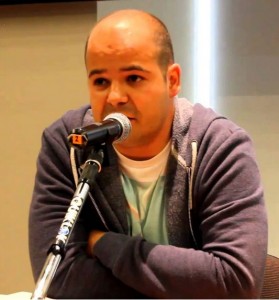 Ilya Budraitskis is a cultural and political activist and historian from Russia.  He is currently in the US as a speaker for a conference at Yale University, “Political Violence and Militant Aesthetics After Socialism,” a continuation of his participation in the conference of the same name for the Manifesta 10 Public Programs in St. Petersburg, Russia in September, 2014.  This interview was conducted in the gallery at ArtSpace New Haven, where the conference’s accompanying art exhibit, “Vertical Reach,” is being held.

Budraitskis was a teen-age participant in the influential School of Contemporary Art, a project of Avdey Ter-Oganyan.  Budraitskis collaborated with David Ter-Oganyan and Alexandra Galkina in projects and exhibitions at the Moscow Museum of Contemporary Art and Prato, Italy.  He collaborated with artists, historians, and others in the Pedagogical Poem project at the Red Presnya Museum in Moscow, which culminated in an exhibit and a book, Pedagogical Poem, together with Arseniy Zhilyaev.  Budraitskis co-edited Post-Post Soviet? Art, Politics, and Society in Russia At the Turn of the Decade, with Marta Dziewanska and Ekaterina Degot.  He is a long-time contributor and editorial board member of Moscow Art Magazine, and currently works at the National Center for Contempoary Art in Moscow.

This interview was conducted by Anne Bobroff-Hajal.