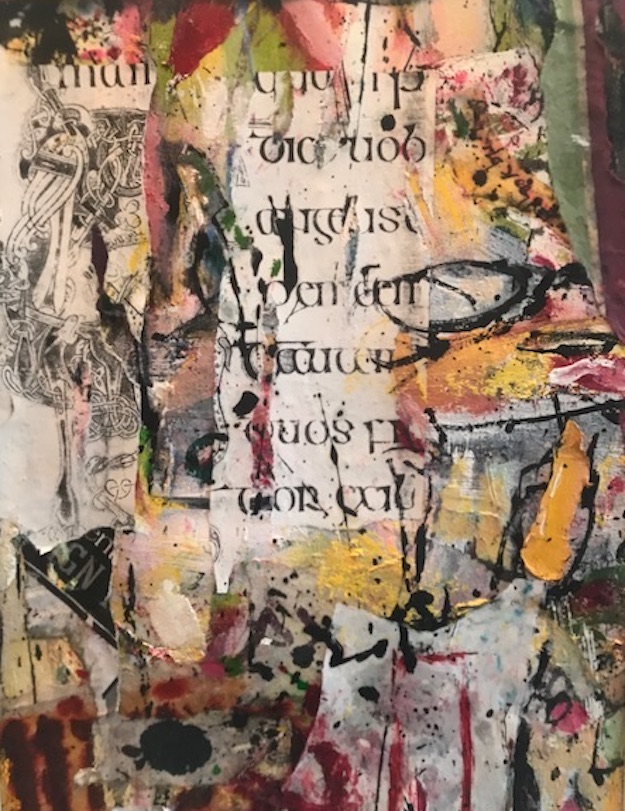 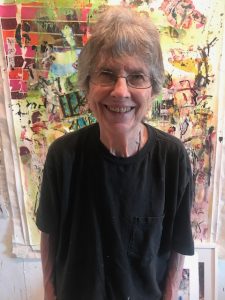 Hilda O’Connell was born in the Bronx of Irish immigrant parents. She received a BFA degree from Pratt Institute and in her senior year, she was introduced to painting by her teacher and future mentor, Jack Tworkov. After graduation, she continued her studies with Jack at his studio on the Bowery.
In the late 50’s she moved to a loft on East 10th Street which housed the studios of Wm de Kooning, Milton Resnick and Esteban Vincente. Located across the street was the Aegis Gallery where she became a member and exhibited from 1961-1967. In order to develop her skills as a painter and to deepen her knowledge about art, she enrolled as an art history major at New York University. Later she received a scholarship to Yale University where she received her MFA. Upon graduation she continued painting and worked as a part-time teacher.
Her subject in painting is language. She begins her paintings free from any preconceived plan, which allows different possibilities to emerge. A large stencil letter often initiates her process, setting off a series of transformations of random marks and clusters of fragmented letters. Disruptive techniques like collage and the palimpsest, a form of overwriting, contribute to the enigma by the blurring of forms beneath. This strategy of chance in an indeterminate world, represents a freedom of choice and opens possibilities otherwise smothered by calculation.

The books she is reading are; Anton Ehrenzweig, The Hidden Order of Art, Lynn Gamwell, Exploring the Invisible (art, science and the spiritual) and Rollo May, The Discovery of Being.