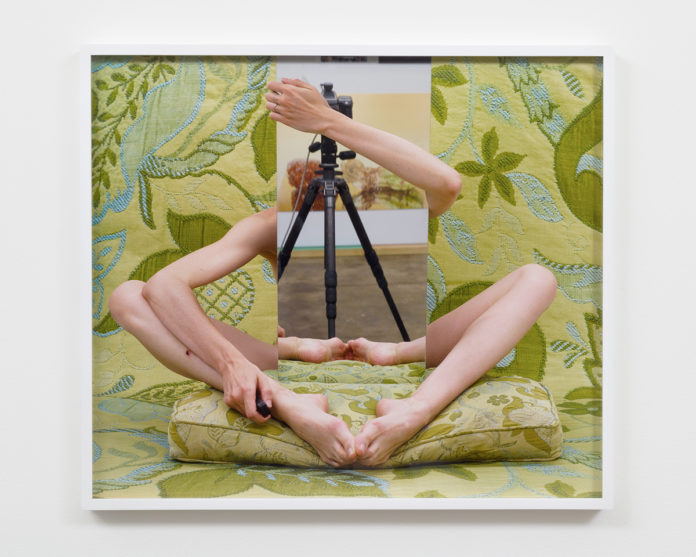 Heather Rasmussen was born in Santa Ana, CA in 1982 and lives in Los Angeles. She received a Master of Fine Arts from the California Institute of the Arts, Valencia, CA in 2007 and a Bachelor of Fine Arts from the University of California, Irvine, CA in 2004. She grew up dancing classical ballet spent summers at intensive programs around the country. While in high-school, she was part of the professional company, Ballet Unlimited, who participated in the Southwest Regional Dance America Festivals. While at UC Irvine, she discovered photography and left the dance world. She was encouraged to apply to CalArts, where she was then was mentored by the artist Allan Sekula. She currently works in the mediums of photography, video, sculpture and installation.

As a dancer, woman, and new mother, Rasmussen’s work asks the question “How does this body move and rest within spaces among accumulated objects?” Her work can be thought of as still-lifes, but they are also documents of deterioration, movement and experimentation using her body alongside other objects. A vegetable echoes a limb, something cumbersome becomes sexual, something inanimate becomes invigorated. Sometimes just the act of moving a mirror so it reflects a fragment of a photograph on the opposite wall of the studio changes the content of an image. Recently Rasmussen photographed her changing body through the stages of pregnancy and post-birth, linking further the relationship of life and death with the life cycle of the large vegetables. She gains inspiration from the artists Hans Breder, René Magritte, Simone Forti, JoAnn Callis, Yves Tanguy and Andre Kertész.

Notable awards include an Emergency Grant from the Foundation of Contemporary Art in 2014 and the Dean’s Reserve Fund award for the School of Art at CalArts in 2007. Press includes reviews in 2017 in the Los Angeles Times and Hyperallergic.com and ArtSlant, as well as The New Yorker in 2015. Rasmussen’s work can be found in the permanent collections of the Art Institute of Chicago, Chicago, IL and the Los Angeles County Museum of Art, Los Angeles, CA. Rasmussen has 4 videos currently on view at Ray’s + Stark bar monitors at LACMA through August 6, 2019, and will be showing an installation of works in Cindy Rehm’s show These Creatures, at the Wignall Museum of Contemporary Art in San Bernardino, opening September 9, 2019, reception for the artists on September 10 from 6 to 8pm.

She is represented by The Pit, LA.

Videos at Stark Bar – check the museum for an update.

The book mentioned in the interview is by Sally Mann – Hold Still.