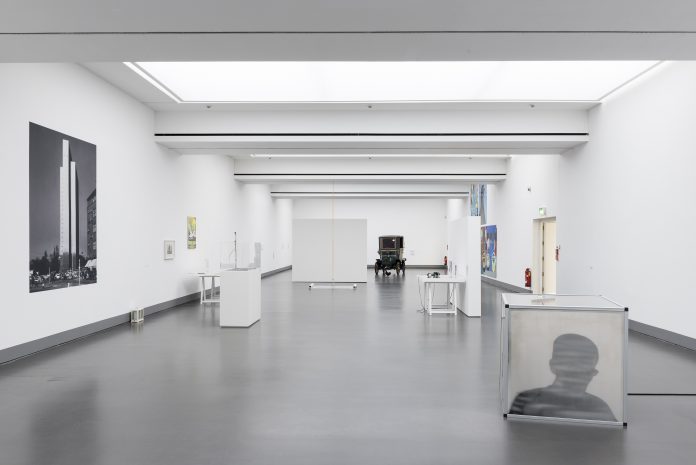 Hans-Jürgen Hafner, born in 1972, is an exhibition organizer, writer and art critic. From 2011 to 2016 he was director of the Kunstverein für die Rheinlande und Westfalen in Düsseldorf.

Hafner studied German sciences and history at the University of Regensburg. Having worked as a freelance writer and art critic since 2000, he has contributed numerous articles, essays and reviews to the online platform artnet.de, art magazines such as Camera Austria, Spike Art Quarterly and Texte zur Kunst, as well as many other publications. As an independent curator, Hans-Jürgen Hafner has organized numerous art exhibitions since 2004 such as „The Most Contemporary Picture Show, Actually“ (Kunsthalle Nuremberg, 2006), „difference, what difference?“ (Artforum Berlin, 2008) or „Bild und Träger und ein Pfeiler im Park Sanssouci“ (Brandenburgischer Kunstverein, Potsdam, 2011). These are generally thematic surveys, whereby the exhibition itself is also examined as a situation-specific format and a medium in its own right. From 2011 to 2016 Hafner has been the artistic and managing director of the Kunstverein für die Rheinlande und Westfalen, where he has organized monographic exhibitions with artists such as Tim Berresheim, Charlotte Prodger, Josephine Pryde, Rosa Sijben, Dominik Sittig and Walter Swennen and thematic exhibitions such as „Das Beste vom Besten“ on art’s differentiating economies, „Zum Beispiel ‘Les Immatériaux‘“ co-curated by Christian Kobald with reference to Jean-François Lyotard’s seminal ‚philosophical‘ exhibition „Les Immatériaux“ from 1985 or „Die Kunst der Türken/The Art of the Turks/Türklerin Sanati“, co-curated by Manuel Graf; in 2012 and 2013 Hafner also presented the first museum survey of the artistic oeuvre of Henry Flynt in Düsseldorf and ZKM Karlsruhe. Flynt established ‘concept art’ as genre as early as 1961 and is also known as a philosopher and composer.

Together with the painter and art critic Gunter Reski, Hafner curated the exhibition The Happy Fainting of Painting in 2012, focussing on the problematic discursive situation of painting, and published an anthology of the same title in 2014. Alongside new essays, interviews and artists’ contributions, the publication includes a number of key historical texts on painting since the 1980s that have been translated into German for the first time. After five years in Düsseldorf Hafner is again based in Berlin and works as freelance art critic occasionally involving himself in the dubious business of curating. He is a regular contributor to research platform Institut für Betrachtung (IFB), an initiative by artist Tim Berresheim and art historian Wolfgang Brauneis.