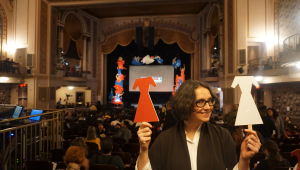 Shortly after graduating from the Mukhina Academy of Art and Design, she co-founded the artists’ collective The Factory of Found Clothes (FFC) with Olga Egorova (Tsaplya).

FFC uses installations, performance, video, text and “social research” to develop the concept of “fragility,” which is not “beauty, ” but invisible strength, the ability to see things which can be easily destroyed by the complexity of life.

The relationships between internal and external, always complex and dramatic, became the main theme of the FFC project. In 2002, Gluklya and Tsaplya wrote the manifesto: “The place of the artist is on the side of the weak.” This manifesto shows an important transformation of the artists’ understanding of the сhanging social and political context in Putin’s Russia. FFC worked together for more than 10 years and in 2012 Gluklya took over the leadership of the group which was transformed to the new project Utopian Unemployment Union.

Gluklya is also a co-founder of the Chto Delat and an active member since 2003.

In her projects, Gluklya continues to use conceptual clothes as a tool to build a connection between art and everyday life.  Addressing the personal stories of her characters, she analyzes and makes visible the conflict between a person’s inner world and the political system (as in the performance Debates of Division 2014, part of the Manifesta -10 Public program: When The Private Becomes Public”).

The artist’s method of using “clothes” in her participatory project Museum of Moving Clothes 2012 -2015 is comparable with the idea of using the subject of “meals” as a tool for developing new methods of collaboration with communities outside the art world. For example in the Bijlmer project implemented jointly with an educational center, where a dialogue was established with local people.

In her project “Unemployment Utopian Union,” (2012-2016) Gluklya  constructs situations that allow encounters to take place among people from different social groups –  illegal migrants and ballet dancers, pensioners and students, unemployed young men and women, who would not have the opportunity to meet in everyday life.  This method encourages processes of self-organization,giving all the participants equal status  and allows us to learn about the capacity of different minorities and marginal communities for coping with difficult life situations with the help of art.

At the moment Gluklya is working on developing the concept of  «Carnival of the Opressed Feelings  » developing the idea of sharing  her method of creation Сonceptual Сlothes with participants . Project supported by Mondrian Fund and last holl year until January 2017.

In 2014 Gluklya was the recipient of a visual arts fellowship awarded by The Joseph Brodsky Memorial Fund. The fellowship allowed her to spend 3 months in Venice and Rome. 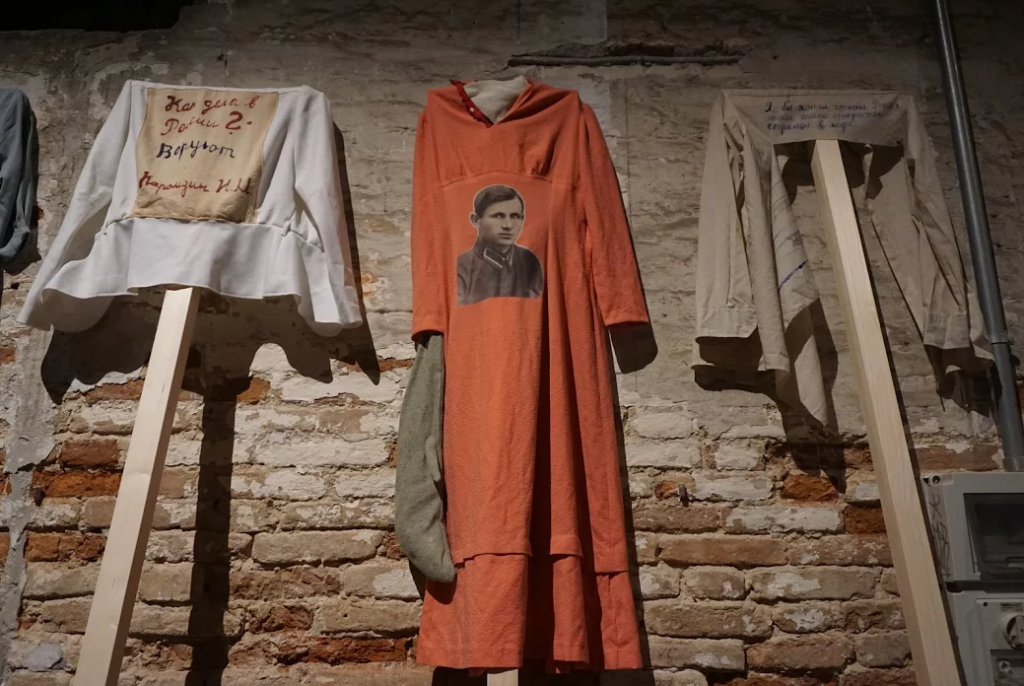