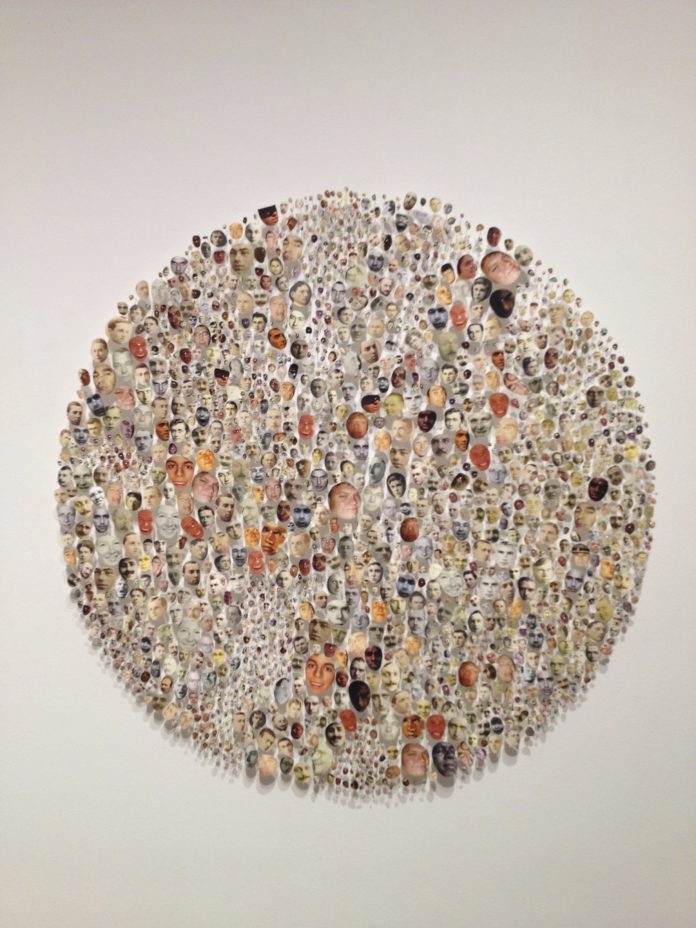 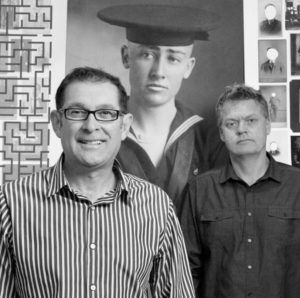 Garth Amundson & Pierre Gour have lived and worked together for over thirty years. Their projects incorporate found and archival imagery, physical and digital manipulation, collage, installation, and their own photographs. They have participated in dozens of residencies across the globe. Their work has been exhibited internationally, and has been recognized with awards including a Santa Fe Art Institute Residency (2016), Rockefeller Foundation Award, Bellagio, Italy (2014), Fundación Valparaíso Residency Award, Mojácar, Spain (2013), Artist Trust Grant (2011).  Amundson received his MFA from Syracuse University and Gour from The University of New Mexico.  Both are faculty in the Department of Art at Western Washington University.

Amundson & Gour met at the Banff Center of Fine Arts Residency in 1985, they have collaborated as a team in various degrees for the last thirty-four years. Some bodies of work are literal collaborations, conceived, developed, and actualized side-by-side. At other times, they serve one another in a support role: one-person sewing panels together, applying photographic emulsion, or realizing the design and installation of the work. In either context, they are truly a collaborative team of artists who insist on continuing to produce work that is stimulating and provocative.

Their work explores the perceptions and politics surrounding immigration, home, domestic motifs, and identity. Using the technique of collage/montage, photo scanning, and craft to speak metaphorically about social and cultural construction, their installations invite the viewer to think about one’s own position in relation to the broader community by psychologically projecting themselves into the images. In each project they seek to explore and dissect identity using their own experience as a point of departure. For example, during Garth’s eight-month Fulbright in Mexico in 2007, their own sense of home was put into question. After being forcibly separated at the U.S. / Canada border, and after twenty-two years as a couple, they were faced with the prospect not having a home together. Underlying all of their work, are these recent experiences with immigration laws, which have threatened their sense of home. Although legally married in Canada, the US Federal Defense of Marriage Act barred same-sex couples from all federal benefits conferred by marriage, including the right to sponsor an immigrant spouse for permanent residence. Same sex bi-national couples were often forced to separate because the U.S. government viewed them as strangers under the law.