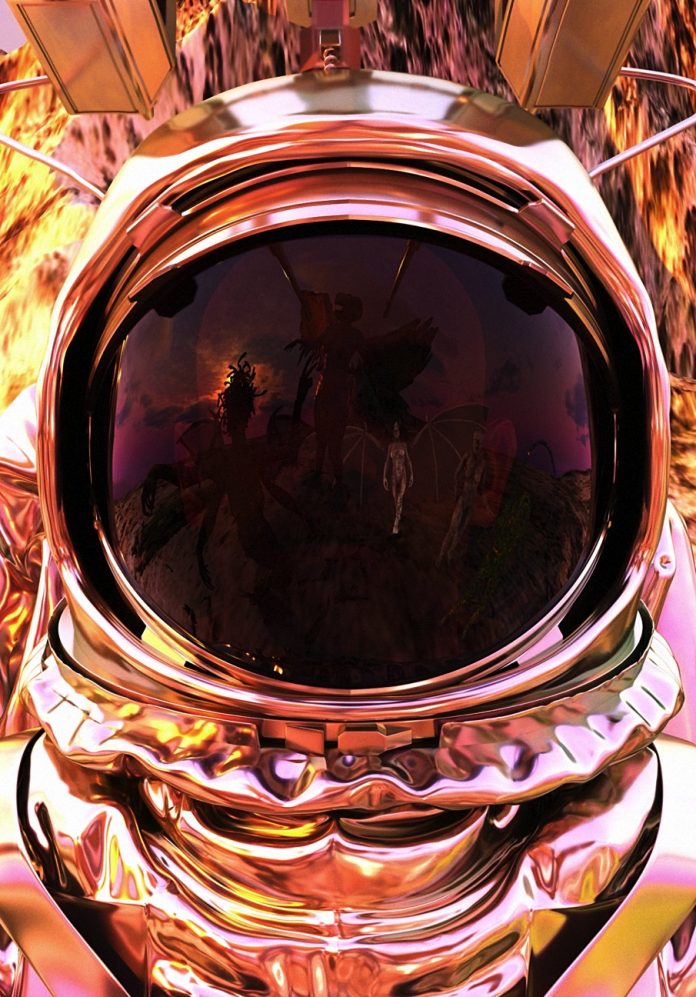 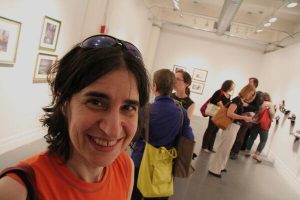 ‘At satirizing pop-celebrity culture Ms. Tak is on the mark’.

Elise Tak is a visual artist based in Brooklyn, New York. In her work she uses the imagery of film and popular culture to create a rich fictional and visionary world, while at the same time discussing contemporary, sociopolitical issues. Elise Tak works in both traditional media and in modern digital media using 3D software (such as Cinema4D, zBrush and several renderers) and image editors like Photoshop. By continually experimenting with new developments she continually pushes her own artistic skill to new limits.

For over 30 years already she has dedicated herself to the creation of an ever-growing body of work, featuring the lives and careers of more than 10 fictional, yet ‘world famous’, movie actors. It is an intricate play between reality and fiction, between life and art, because whereas in the movies, real living actors create a false existence, in Tak’s work even these actors are pure fiction. Up to now Elise Tak has ‘given birth’ to 10 movie actors, with different ages and from different backgrounds. Their names are: Michael Okada, Thomas Kirby, Marian Xiao, Pete Banich, Marvin Dunbar, Forough Amirshahi, Jeni Wright, Roy Rebergen, Charlie Pep and Anita Carbajal.

Elise Tak was born in the Netherlands and lives and works in Brooklyn, New York. Since the early 1990s her work has been shown in leading galleries, museums and art institutes like Museum Boijmans van Beuningen, Stedelijk Museum Bureau Amsterdam, Frans Hals Museum/De Hallen, Museum Helmond (The Netherlands); Palm Beach Institute of Contemporary Art (USA); Musée de Luxembourg, Musée d’Art Moderne Contemporain Strasbourg, FRAC Poitou-Charentes, Le Consortium (France). Articles on her work have appeared in The New York Times, Flash Art, Der Spiegel, Art Press and many more. In addition, she has several large-scale public art projects to her credit, commissioned by leading institutes in the field like SKOR Foundation for Art and Public Space and Stroom Den Haag, both in The Netherlands. Her animation short ‘Suicide Notes’ was produced in collaboration with the two-time Emmy-award winning composer Patricia Lee Stotter. Elise Tak was the projection designer for the play ‘Flashback’, which ran in a New York City theater in 2007. Her series of stills illustrating Gogol’s ‘The Nose’ originally was made for the short film ‘Here’s What I Like… Russian Literature. And Now I’ll Tell You Why’, directed by Abigail Zealy Bess and written and conceived by Amy Staats. In 2019 she was the director of imagery and projection designer of the staged reading of the play ‘Paging Doctor Faustus’, written by Paul Genega and Patricia Lee Stotter and directed by Mary Chang. Elise Tak is also active as a curator. Het latest exhibition ‘A New York State of Mind (Stories from the unusual suspects)’ was shown at Cacaofabriek in Helmond, The Netherlands in 2018 and featured a selection of artists from New York.

The book mentioned in the interview that she is reading is ‘Moment of Clarity’ by Lee Camp. (Lee Camp is a comedian who is sharply critical of the US political system and he can make the darkest of the dark funny).