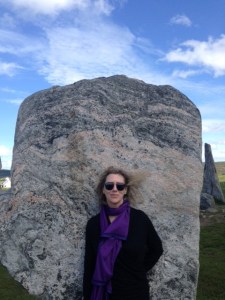 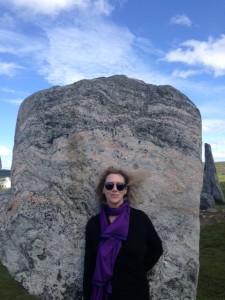 Dr. Sharp is Associate Professor of Art History at Rutgers University where she teaches art of the 20th and 21st centuries, Russian avant-garde and Soviet unofficial art, and acts as Research Curator of the Norton and Nancy Dodge Collection of Nonconformist Art from the Soviet Union at the Zimmerli Art Museum at Rutgers. Her curatorial work focuses on Soviet unofficial art, and includes a forthcoming exhibition of Moscow Conceptual art. In 2007 her book, Russian Modernism between East and West: Natal’ia Goncharova and the Moscow Avant-Garde, 1905-14 (Cambridge University Press, 2006) won the 2007 Robert Motherwell Prize from the Dedalus Art Foundation. Studies of Soviet era unofficial art have appeared in anthologies published by the Victoria and Albert Museum (London, 2008), Yale University Press (2008) and Brill Academic Press (2015). She is currently completing a book manuscript on abstract painting in Moscow during the Thaw, and curating an exhibition “Thinking Pictures: Moscow Conceptualism in the Dodge Collection, Zimmerli Art Museum, at Rutgers University (opens September 20, 2016)

Prior to her appointment at Rutgers, Dr. Sharp was Assistant Professor in the Department of Art History and Archaeology at the University of Maryland, College Park, and Associate Project Curator at the Solomon R. Guggenheim Museum where, from 1988-92, she managed and co-curated The Great Utopia: Art of the Russian and Soviet Avant-Gardes, 1915-32 for venues in Frankfurt, Amsterdam, New York, St. Petersburg, and Moscow. She has been on the advisory council of the Kennan Institute for Advanced Russian Studies at the Woodrow Wilson Center for International Scholars, and currently serves as board member (at large) for the Association of Slavic, East-European and Eurasian Studies. Her recent fellowships include a National Endowment for the Humanities grant for research at the National Humanities Center, Research Triangle Park. She is currently a fellow at the Center for Cultural Analysis at Rutgers University.