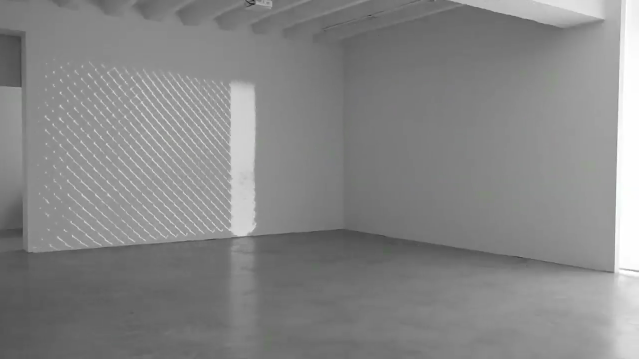 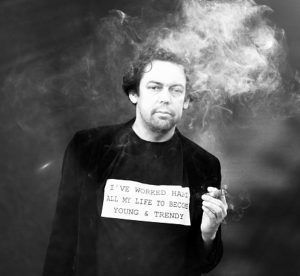 Dominik Lejman works in the same manner as a magician does when daring us to see the invisible. The raw material for his work ranges from the obvious to the everyday life patterns we so readily take for granted. Lejman doesn’t use any tricks or sleight of hand to make his point. Instead, he opens our imagination as if it was indeed our eyes, helping us find new ways to interpret the world we move in.

He has built his career around questioning the parameters of the various media he is working in. Since his graduation as a painter from the Royal College of Art in London in 1995, Lejman has been one of the leading artists of his generation to challenge and create a new media art: he began to mix the discipline of painting with his video recordings to introduce a new dialogue in how to perceive. These mergings provoke and confront our prejudices of what we think a painting should be in the same manner as the Suprematists did in using collage as a technique to defy the boundaries of their generation’s assumptions of what a painting was. Lejman’s ventures into these new avenues of expression were unique at this time as he was using painting more as a conceptual tool than as an object confined by its discipline.

Lejman uses the means of the act of making to open a conversation on where a painting can go by challenging its validity as an art form. His videos entrap moments in time—space differentials. He creates a new forum for dialogue by intertwining the projected images with the painted surface of the canvas so that they may act as a vehicle for his ideas. Dominik Lejman’s works create their own somnambulistic language, a conceptual dream-walk trough a non-definable space.

Dominik Lejman was born in Gdańsk in 1969. He studied at the Academy of Fine Arts in Gdańsk (1989-1993) and at the Royal College of Art in London (1993-1995). His work has been shown internationally. Exhibitions include After the Wall, Moderna Museet, Stockholm (1999) / Hamburger Bahnhof – Museum fur Gegenwart, Berlin (2000), 1st Prague Biennale (2003), Polish Pavilion at the 9th Biennale di Venezia of Architecture (2004), Still / Motion, Tokyo Metropolitan Museum of Photography / National Museum of Art in Osaka (2008), Prague Triennale (2008), CORPUS, Zacheta National Gallery, Warsaw (2014)

Lejman‘s works can be found in the collections the Centre for Contemporary Art Zamek Ujazdowski in Warsaw, Muzeum Sztuki in Lodz, variety of public spaces like Cleveland Clinic collection, as well as in many private collections.