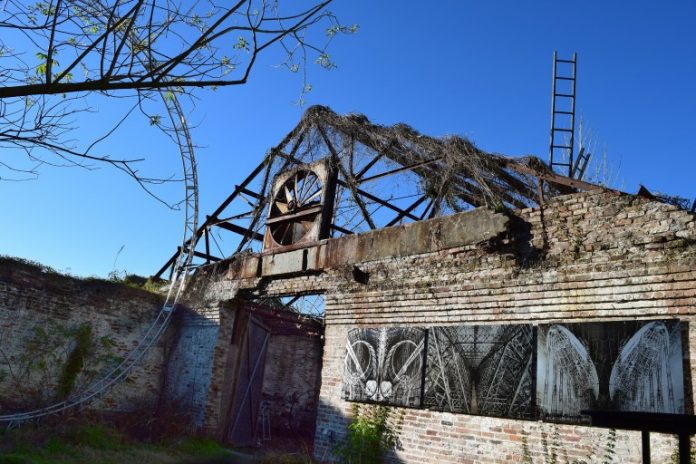 DeDeaux has merged art with new technologies for decades to broaden art and audience engagement.  Early works from the 1970s such as CB Radio Booths were works of mobility that travelled the communication systems and streets of underserved communities.  Mid-career works, including Soul Shadows, were large-scale installations and pioneering immersive, synchronized media environments focused on social issues; while works of the past decade are inspired by environmental challenges.

Works by DeDeaux have been exhibited nationwide including Whitney Museum of American Art, Armand Hammer Museum, Aldrich Museum of Contemporary Art of Connecticut, The Contemporary / Baltimore, Canadian Film Society of Toronto, and Ballroom Marfa, Marfa TX.  Recent exhibitions include her acclaimed Prospect 2 multimedia installation The Goddess Fortuna and Her Dunces, and the touring MotherShip Series that adapts the theory that mankind has 100 years left – not to save Earth but to leave.  Current projects include  End of the Road – a large scale environmental happening staged at the epicenter of the fastest eroding landmass in the world; an upcoming exhibition with artist Lonnie Holley at MassMOCA titled Thumbs Up for the MotherShip ; and participation in the international exhibition Alrededores on Chile’s Island of Chiloe, inspired by the environment on a global scale, in the Fall of 2017.

DeDeaux is a 1997 Rome Prize recipient as Knight Foundation Visiting Southern Artist at the American Academy in Rome and selected among the eight most important southern U.S. artists by the 1996 Olympics that premiered her in-the-round media interpretation of Tennessee Williams play Suddenly Last Summer.  She is a 2013 Robert Rauschenberg Foundation Artist in Residence,  the 2014 Prospect Alumni Artist of the Year and the 2015 Artist in Residence at Tulane University’s Center for Bioenvironmental Research.

DeDeaux’s work is the in-depth subject of the concluding chapter of Discipline and Photograph by art theorist James Huginin of Chicago Art Institute and, “Five Video Artists” by Larry Qualls, Associate Editor for Performing Arts Journal, MIT Press.  Her work has been reviewed in numerous publications including New York Times, Art in America, USA Today and ArtForum, and the focus of televised features including CBS Sunday Morning and Canada Public Broadcasting’s series The Future.

DeDeaux is also a writer and founder of the New Orleans Contemporary Arts Center.  She produced and hosted Louisiana’s first radio program on the arts, Art Now, for National Public Radio affiliate WWNO.  As an educator DeDeaux established and directed a comprehensive arts program for a 6000 inmate facility in Orleans Parish, Louisiana and has been Visiting Artist at a number of institutions including Maryland Institute College of Art and the Texas A&M Visualization Laboratory within the College of Architecture.

DeDeaux is the winner of the 1976 Demolition Derby in the Louisiana SuperDome as the only female contestant in a field of 35 drivers.